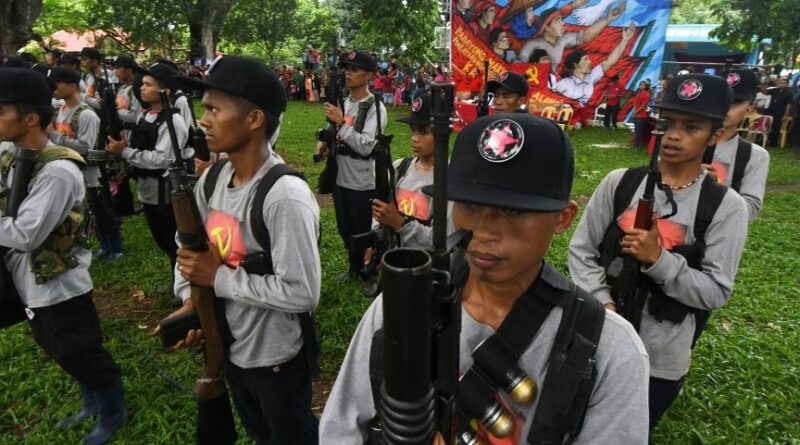 January 23, 2021: Four consecutive military actions were launched in autumn of 2020 by NPA units under Mt. Cansermon Command (MCC) against AFP troops operating in the mountainous region of South Central Negros.

On October 14 , at around 4 pm, a red army team harassed the rest of the 94th IB troops in Sitio Sibukao, Brgy. Buenavista Himamaylan City. Because of the great fear and surprise of the enemy, the military is running in different directions.

On November 9 , the NPA team harassed a platoon of troops of the 94th IB in Sitio Madaha, Brgy. Buenavista Himamaylan City. These troops are forcing people to evacuate their homes and farms and relocate them to Sitio proper for hamletting. Farmers are complaining about this policy because of the disparity in their livelihood.

On the night of November 19 , the NPAs again bombarded the intoxicating and insane AFP troops in Sitio Cantupa. This is a long-standing lawsuit against the people and the neighboring Sitios for creating a threat to civilians especially during the time of drunkenness and firing on their weapons even inside the home and school.

The casualties of the MCC-NPA’s series of punitive actions will not be reduced to ten military troops. This is in response to the nearly four-month focused military operation and their fraudulent operation under the auspices of the RCSP.

Save on anti-social activities such as harassment, harassment and drunkenness, people have long been prosecuting the perpetrators of torture, threatening to kill or arrest them, arresting innocent farmers, refusing to go to their farms, forcibly retaliation or coercion, coercion to surrender a member of the NPA to allegedly eliminate pending cases and other human rights violations.

The MCC-NPA calls on the people of Negrosanon, especially the people of South Central Negros, to come together and measure Duterte with his incomprehensible record of crime and human rights violations. The MCC-NPA is always ready to pay the fascist military in their bloody war against the people.