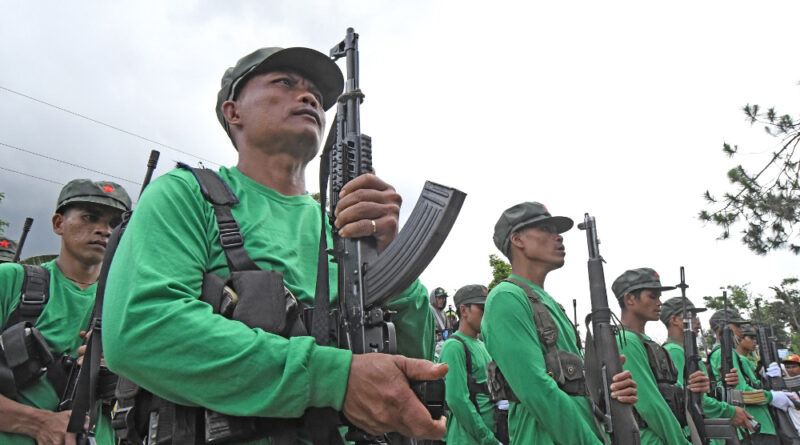 Five were killed and two were injured in the ranks of the PMFC. The dead were identified as Pcpl. Roger Estoy, Pat. Joey Cuarteros, Pat. Benny Ric Bacurin, Pat. Jeremy Alcantara and Pat. Alex Antioquia while the wounded were Pcpl. Erick Hermoso and Pat. Aldrin Aguito. The NPA seized eight long guns including an R4 carbine, 6 Galils, a baby M60 machine gun and six short glock guns. There was no damage to the NPA ranks during the three-hour battle.

The NPA’s tactical offensive is a response to the fascist horror that the PNP is waving at the people of Camarines Norte. Its purpose is to bring justice to the victims of the wanton killings of the bloodthirsty fascist forces of the assassin Duterte. It will be recalled that in just five days, the PNP Camarines Norte also killed five individuals in what it called the Simultaneous Anti-Criminality Law Enforcement Operation (SACLEO) led by Police Provincial Director Julius Guadamor. SACLEO is nothing but the bloody version of the PNP Bicol of the “extra-judicial killings” that are now rampant in various regions of the country.

February 25 when Captain Geoffrey Castillio of Brgy. Macogon, Labo; the next day, February 26, when Melandro Verzo, Brgy. Kagawad ng Dumagmang at his home in Sitio Mineral Talobatib, Labo. Two days later, on March 1, three civilians were killed in a police operation in Brgy. Lanot, Mercedes, Camarines Norte Enrique Cabiles y Homan, Arnel Candelaria y Avila and Nomer Peda y Cear. All of them were allegedly served with warrants of arrest and unfortunately “fought back” and died. This is the scratch bloody drama of the fascist PNP.

With Duterte foolishly assuming that he can silence the oppressed people through the horror of the anti-communist persecution “Jakarta Method”, the mass murder of those he considers to be part of the legal-democratic and progressive movement, will lead to more intensification of the people’s armed revolution. In the upcoming celebration of the 52nd anniversary of the New People’s Army, it will reaffirm its pledge to serve the people and advance the national democratic revolution through protracted people’s war and be ready for all sacrifices and hardships.

Long live the 52nd anniversary of the New People’s Army!