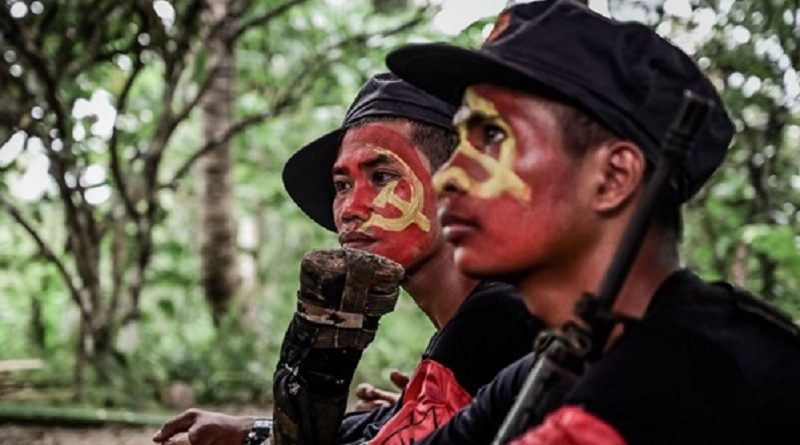 On the occasion of the 50th founding anniversary of the New People’s Army, the revolutionary forces in Daguma range are concretely carrying out an enduring yet triumphant resistance against the reactionary state’s unrelenting aggression.

The AFP’s intensified operations in the region that started in January is a continuance of its series of futile campaigns in the past. The peasant and Lumad masses in the area are keenly aware that the incessant attacks of the reactionary forces in their territory are meant to suppress their struggle for land and to protect the mining and logging encroachment.

On the latter part of January, successive actions against the enemy forces were carried out by the NPA-Sultan Kudarat at the onset of the AFP operations. The series of offensives set off with the harassment of a Marine detachment in Maat community in Sangay village, Kalamansig town on January 22. Two soldiers were wounded in the attack.

An ambush was set up to foil enemy reinforcements. On January 24, the NPA effectively pinned down a Marine convoy traversing the highway in Kabukbukan, Kipungot village in Palimbang town. Command detonated explosives were employed, causing sizable damages at the enemy at once. One of the vehicles was badly smashed while the other one lose control and fell into a ravine. The fascists were unable to put up a fight. Villagers reported that at least 20 soldiers were killed and a number were injured.

A separate ambush incident carried out by a group of NPA Red fighters happened on January 25 in Paril village, Kalamansig town. The NPA’s command detonated explosive hit the rear portion of a military truck carrying Marine troops. Two soldiers were killed and another two were wounded.

Towards the end of January, additional forces were deployed by the AFP in the remote villages of Kalamansig, Sen. Ninoy Aquino and Palimbang towns. A Philippine Navy ship and military choppers were used to deliver their reinforcements that include troops and military machineries, equipment and provisions for a sustained operation in the mountains.

On February 3, an enemy column was ambushed by a sapper team of the NPA in Kiblis community, Hinalaan village in Kalamansig. Five enemy soldiers were wounded in the firefight.

A separate armed encounter between a group of NPA fighters and MBLT-2 troops took place on February 5 in Kapuyan Blag, Datu Wasay village in Kalamansig town. Twenty-eight Marine elements were killed and a number were injured in the aftermath of the incident. According to reports, the fascists have had a misencounter while maneuvering against the Red fighters and subsequently were caught in a shelling mishap.

While the Philippine Marines maintain its enduring campaign in west Daguma, the 33rd IB-PA conducted its periodic operation in the east last month. On March 10, a sapper team of the NPA ambushed 33rd IB soldiers aboard a military truck. The clash happened in Titulok village, Bagumbayan town while the enemy forces were on their way to the operations. At least 23 military men were injured in the event.

Even as the fascist AFP is strengthening its brutal campaign, the people’s army and the revolutionary masses in Daguma are unfaltering in waging the people’s war. The NPA is firm in upholding people’s interests while the Lumads are dauntless in their vow to fight for their land to the very end. They are determined and prepared to fight the escalating counterrevolutionary violence, and defy and overthrow the fascist dictator US-Duterte regime.