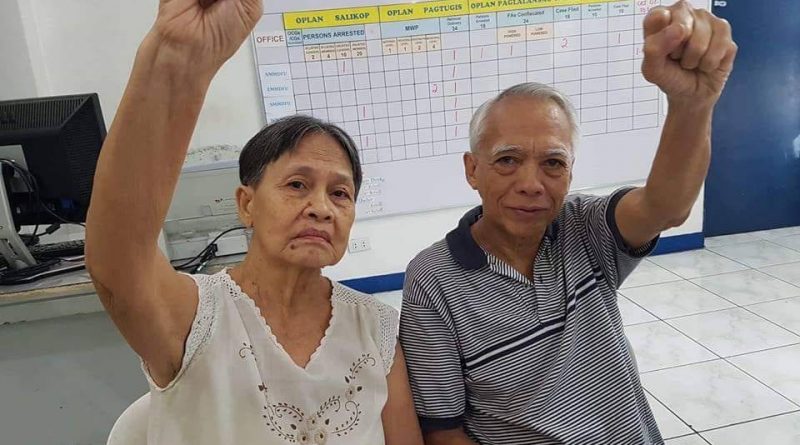 “Tatay Rey was clandestinely whisked away by the CIDG-NCR Crame police custodian to the dark and cramped Bacoor City Jail without a word, not even to his legal counsels,” Casambre’s daughter Xandra said.

While he slept in a wooden bench inside a cramped jail cell in Camp Crame, Casambre is now jailed in an even more crowded and dark cell with too many fellow inmates, Xandra said.

According to Casambre’s wife Patricia, the Bacoor jail is very noisy and long-time inmates are allowed to sing karaoke in high volume even when it is visiting time.

“People (inmates) just do their thing right then and there,” Patricia reportedly told Xandra in her first visit to her husband’s new jail.

Casambre is known to suffer many ailments connected with advancing age.

The BJMP (Bureau of Jail Management and Penology) administrator reportedly tried to give a positive impression during Casambre’s family’s first visit but Patricia was broken-hearted to note of the “intolerable noise and the oppressive heat that she would not wish on others.”

Casambre’s transfer came after the public prosecutors found probable cause to charges of illegal possession of firearms and explosives.

A hearing on Casambre’s motion for reconsideration is being conducted as of press time.