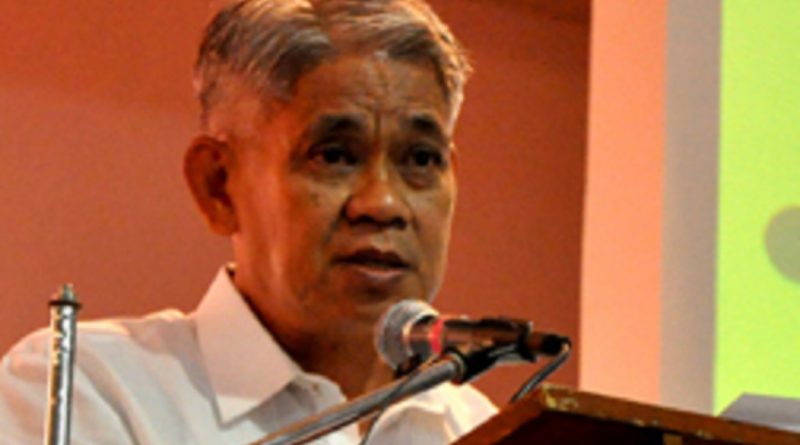 The National Democratic Front of the Philippines condemns in the strongest terms the illegal arrest and detention of NDFP Consultant Rafael Baylosis.

Rafael Baylosis was arrested yesterday by the CIDG-NCR in Katipunan Road, Quezon City. He is a Member of the NDFP Reciprocal Working Group on Political and Constitutional Reforms. He and his companion, Jun, are now illegally detained at Camp Crame in Quezon City.

This illegal arrest and detention of NDFP Consultant Rafael Baylosis is a flagrant violation of the GRP-NDFP Joint Agreement on Safety and Immunity Guarantees (JASIG, 1995). President Duterte must be held accountable for this trampling upon a valid peace agreement that assures all consultants and those participating in peace negotiations immunity from surveillance, harassment, search, arrest, detention, prosecution and interrogation or any other similar punitive action.

The NDFP demands the immediate and unconditional release of NDFP Consultant Rafael Baylosis and his companion, Jun.

While in detention, Rafael Baylosis and his companion have the right to consult with their lawyers, be visited by their families, doctors, and friends.

The NDFP calls on all peace-loving people and organizations to mount a strong campaign demanding the immediate release of Rafael Baylosis and his companion Jun. They should also demand that President Duterte respect and implement the JASIG, the Comprehensive Agreement on Respect for Human Rights and International Humanitarian Law (CARHRIHL, 1998) and other binding peace agreements.

President Duterte must not be allowed to kill and destroy the peace negotiations.