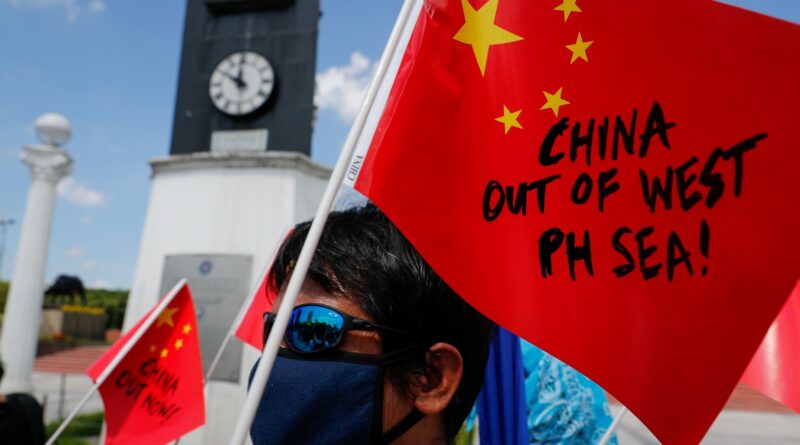 The NDFP-ST strongly condemns the Duterte government for its lack of concrete action to repel and expel Chinese vessels that are clearly inside the country’s territory.

It will be recalled that since March 7, 2021, the Western Command of the AFP based in Palawan has spotted more than 200 Chinese vessels circularly lined up in the waters of Julian Felipe Reef, 175 nautical miles west of Bataraza, Palawan and within 200 nautical miles of the exclusive economic zone (EEZ) and extended continental shelf of the Philippines. The entry of Chinese vessels into the waters of the Julian Felipe Reef (JFR) can be considered an outright “aggression” on national sovereignty and a violation of the integrity of Philippine territory that the Filipino people should not ignore and should only condemn.

The presence of vessels from China at the JFR is proof that China continues to violate the decision of the Permanent Court of Arbitration of the United Nations Convention on the Law of the Sea (UNCLOS) in July 2016 which favors and recognizes the areas that owned by the country in the WPS, including the JFR, as the territory and scope of the EEZ of the Philippines. The said UNCLOS decision also scrapped China’s claimed territories in the WPS in accordance with their 9 Dash Line map.

The NDFP-ST believes that the parking of more than 200 Chinese vessels believed to be carrying PLA maritime militias on the JFR reef has no other intention than to occupy and seize territory. This is similar to their strategy of deploying and seizing Michief Reef in 1995, according to a media statement by former Supreme Court judge Antonio Carpio. This is a preliminary preparation for the construction of structures there as they did at Mischief Reef, he added.Mischief Reef is part of the extended continental shelf of the Philippines which was among the country won in the Permanent Arbitral Court of UNCLOS in July 2016. So far, Mischief Reef has been built by China with a 550-hectare air and naval outpost for its surveillance work in WPS.

China’s goal is clear, further expand their territory in the WPS for economic, political and military purposes. It will plunder and exploit the natural resources of minerals, oil, fish and other marine resources located in the WPS under the jurisdiction of the Philippines in order to further enrich the big comprador bourgeoisie and bureaucrat capitalists of China.

Vaccine in place of reef?

To date, even though the country has sent a diplomatic protest to China, the latter is still in a strong position that there is nothing wrong with the presence of their vessels because they own the area. They claim it is part of what they call the Niu’e Jiao of China’s Nansha Qundao. Initially, they first cited the bad weather as to why their vessels were forced to go to JFR. China also denied that it was not maritime militias of the People’s Liberation Army (PLA) but fishermen who were aboard the ships. But it does not matter whether the vessels are fishermen or maritime militia. The issue is that they have to leave the territory of the country and pay for all the stolen and damaged marine resources within the scope of Philippine territory in the WPS.

China also seized the donation of 1 million Sinovac Vaccines to the country as it treacherously positioned its vessels in Philippine waters. They are using the vaccine donation to soften the Duterte government’s reaction to their aggression against the WPS. There is a strong suspicion that the Chinese embassy in the country illegally smuggled the Sinophram vaccine that was previously injected into members of the Presidential Security Group (PSG), some cabinet and senators in September 2020.

Lampang regime in the face of China’s seizure

Defending the country against foreign invasions and seizures, particularly by China, is not a priority for Duterte and the AFP. There are very few AFP forces assigned to ensuring the security of the country’s territory against invaders. Duterte and the AFP are more focused on “internal threats to national security” such as the implementation of bloody anti-drug, anti-terrorist and anti-people “counter-insurgency wars” than paying close attention to external ones. threat to the security and defense of the country’s territory from China’s gradual usurpation of it.

The modernization program of the AFP and PNP is primarily aimed at suppressing and combating the internal security threat of the reactionary classes and the fascist state defending it. The weapons and modern equipment of the AFP and PNP are focused on the heads of the Filipino people instead of using them to assert and defend the national sovereignty and integrity of the Philippine territories.

Duterte is only brave when it comes to the Filipino people but he is extremely cowardly in China. His public statements against the Filipino people are overflowing with harsh words, death threats, threats and cruelty, but his steps and statements when it comes to the Chinese government are very careful and calculated. It is always in a defensive and losing position when it comes to China’s open aggression in the country’s territories in the WPS to avoid antagonizing China and jeopardizing the aid and debt it provides to the country to finance ambitious projects under the his government’s Build, Build, Build program.

Collective resistance is the only way

It is only reasonable for the people to call for Duterte’s ouster from power for being a traitor to the people, for being careless with the lives and welfare of the Filipino people, for his uselessness and inability to fight Covid-19 and his failure to defend national sovereignty and integrity. of Philippine territory in the WPS from open aggression and interference by China.

The NDFP-ST calls on all patriotic and patriotic Filipinos to unite to defend national sovereignty and patrimony against China’s open aggression and seizure of territories recognized by the international community as Philippine ownership. The strong voice of the Filipino people is now more needed to urge the Duterte government to implement concrete actions to expel Chinese vessels that have been in the country’s territory since November 2020. The practice of Duterte’s government, through the Department of Foreign Affairs (DFA), filed a verbal note and diplomatic protest against China’s blatant aggression. Other actions are needed that will not lead to the challenge of war against China. The Filipino people can do many ways to assert the independence and sovereignty of the Philippines. However, as Filipinos who love the country, they must also prepare for any war of aggression that China and other imperialist powers such as the USA may launch in the future.

The NDFP is clear that it is ready to transform the ongoing civil war in the country into a national war of defense against direct aggression and interference by any foreign power in the country.