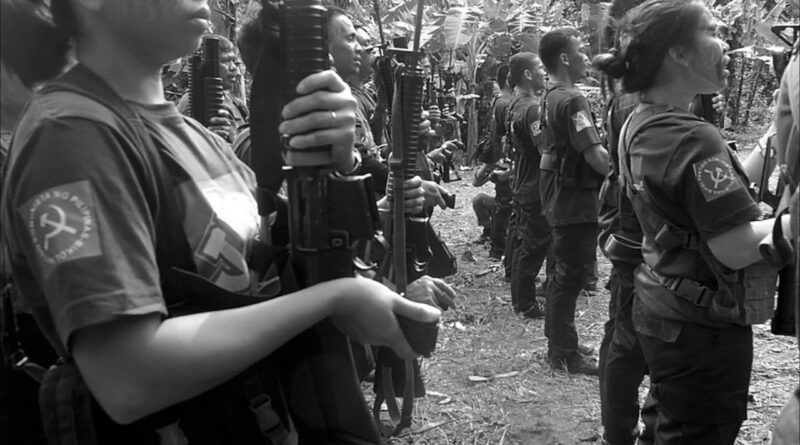 The revolutionary artists and writers group Artista at Manunulat para sa Sambayanan in Southern Mindanao (ARMAS-SMR) sends our warmest revolutionary greetings to the New People’s Army on its 52nd anniversary!

For more than five decades of waging armed revolution, the New People’s Army remains the genuine army of the people for its selfless aspiration for social justice and national liberation. Red commanders and fighters continue to banner the highest interest of the Filipino people who have long yearned to be emancipated from the ills of a semi-colonial and semi-feudal society. With the masses’ unwavering support, the NPA will undoubtedly march forward step-by-step and the people’s protracted war will advance stage-after-stage towards victory.

We salute the Red army in their daring and successful tactical offensives against the fascist Duterte regime and its rabid armed minions in the AFP and PNP. The NPA continuously frustrates Duterte’s bloody all-out war against the people. Despite the increased superior strength of the enemy, the NPA continues to grow through the years, gaining more and more support among allies in the national united front; especially among the progressive middle forces composed of youth and students, cultural workers, and professionals.

Already a year within the Covid-19 Pandemic, the country plunges deeper into poverty and oppression. Duterte’s propaganda machine; chief among them the National Task Force to End Local Communist Armed Conflict, is working non-stop to peddle the illusion of progress and mask his inutile, corrupt, and fascist regime. Its so-called Dutertards or DDS flood all spaces with their blatant lies, fake news, and misrepresentations.

For the past 4 years, Duterte has perpetuated the culture of impunity, misogyny and macho-fascism that especially assaults women, Lumad and children. His strongman branding, however, is already on decay as more people expose the rotten and militarist reality that Duterte cannot keep hiding under various disguises.

Hand-in-hand with our Red army, cultural workers under ARMAS is ever more conscious of our imperative task to deliver propaganda work and champion the proletarian cultural revolution. We valiantly wield our art as weapons to dismantle the obtuse lies and odious crimes of the semi-colonial and semi-feudal society. Artists, writers and cultural workers alike forge broad and formidable alliance to carry out their task: to expose and isolate the reactionary system while cultivating the ideological and cultural foundation of our bright socialist future.

On the occasion of the NPA’s anniversary, we call for more artists and cultural workers to push forward a nationalist, scientific, and mass oriented culture. The most powerful expression of this is joining the armed revolution – to wield our weaponry of revolutionary art, bring it closer to the majority, and train our rifles against the very system the breeds bourgeois, feudal, and elitist culture.