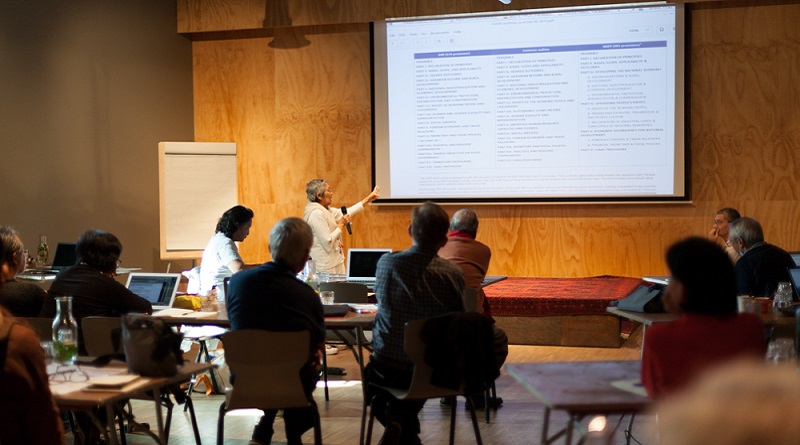 The National Democratic Front of the Philippines (NDFP) Reciprocal Working Committee on Social and Economic Reforms (RWC-SER) has expressed utmost concern and alarm with the series of extrajudicial killings of farmers and peasant activists actively engaged in agrarian struggles.

The fourth round of talks is underway when reports came in on the killing of farmer-activist Danilo Nadal, 37 years old, a member of Hugpong sa Mag-uuma sa Pantukan (HUMAPAN). Based on initial reports, Nadal was shot and killed while on board his single motorcycle in Barangay Tibagon in Pantukan, Compostela Valley last April 2. Nadal reportedly sustained ten gunshot wounds. He is active in land struggles and campaign against human rights violations and militarization of peasant communities. Perpetrators are suspected agents of the 46th IBPA operating in Compostela Valley.

He is the 11th farmer killed in Compostela Valley, bringing to 47 the number of farmers, indigenous people and workers killed under the Duterte administration.

This latest incident of agrarian-related killing happened days after farmers called the government’s attention on the successive killings of peasant leaders and farmers which escalated after the termination of the unilateral ceasefire agreements and as a direct result of Armed Forces of the Philippines’ all-out war declaration against the CPP-NPA that also indiscriminately targets and harms civilians.

Violations of the Comprehensive Agreement on Human Rights and International Law (CARHRIHL) including but not limited to political killings, human rights violations and massive evacuation of peasant communities due to intense military operations will be raised as ‘urgent matters of concern’ by the NDFP panel to its GRP counterpart during the formal talks.

RWC-SER Consultant Randall Echanis said there is a need to accelerate discussion on the provisions of CASER’s agrarian reform and rural development to address landlessness and agrarian unrest.

The NDFP RWC-SER will propose the free land distribution of the following: lands targeted by government for distribution, big landholdings and land estates including haciendas that are under the control of private individuals or entities, disputed lands with local agrarian reform and peasant struggles and lands already occupied by farmers through various forms of land cultivation and collective farming activities.

Echanis said the breaking up of land monopolies and free land distribution are just, necessary and urgent corrective measures to the centuries-old social injustices suffered by farmers as a result of exploitative relations of production. During the third round of talks, the GRP agreed on principle to free land distribution but both reciprocal working committees are expected in this round to work intensively to come up with a common agreement.