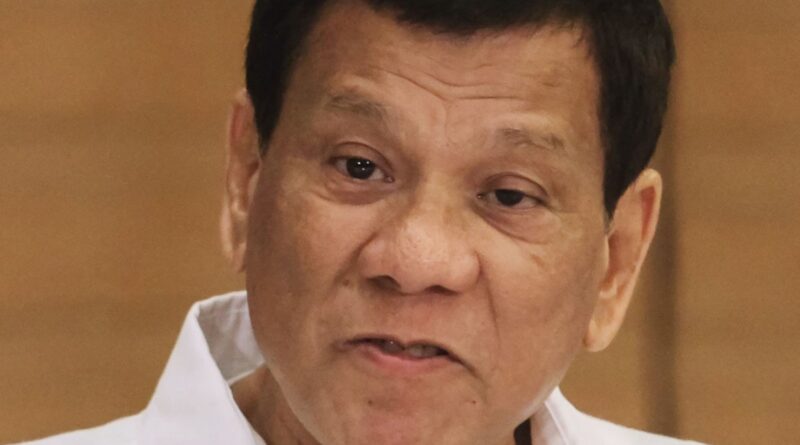 Compatriots, their solidarity friends and foreign governments should be warned that the Duterte regime, through its death squad, the National Task Force to End the Local Communist Armed Conflict (NTF-ELCAC), is planning to export its terror activities in north America and Europe.

According to progressive Filipino organizations abroad, and sources within hardcore supporters of Duterte, the fascist regime is planning to set up NTF-ELCAC cells in north America and Europe to undertake surveillance and red-tagging of progressive compatriot organizations, foreign solidarity friends and entities, anti-Duterte individuals and personalities, especially open leaders of the NDFP and its peace panel, and possibly target them for neutralization and assassination.

This horrible scheme calls to mind the brutal assassination of militant Filipino-American trade unionists and anti-Marcos activists Silme Domingo and Gene Viernes in Seattle in June 1981, upon orders of fascist dictator Marcos who was found liable by a federal jury for the murders.

General Hermogenes Esperon, vice-chair of the NTF-ELCAC, and who apparently is calling the shots in the NTF-ELCAC, was then part of top-level military officers, under diplomatic cover, sent by Marcos to the U.S., according to the US’ Defense Intelligence Agency, to “monitor and operate against” his opposition there, among them Domingo and Viernes, who were subsequently assassinated.

It is public knowledge that the NTF-ELCAC has conducted expensive junkets abroad, in the US, Canada and in Europe led by fascist charlatan AFP Gen. Antonio Parlade Jr, and rumor-monger par excellance Lorraine Badoy, purportedly to embellish the bloody image of the Duterte regime as a fascist regime and a reprehensible violator of international laws on human rights. What they got were measly audiences in Philippine-embassy funded forums that assembled only Duterte’s hardcore supporters.

Included in its so-called list to be red-tagged and demonized abroad are democratic and progressive organizations and groups of compatriots, including foreign religious organizations, reputable development agencies extending socio-economic projects to the poorest of the poor in the homefront, and, lo and behold, even some officials of the United Nations!

Far from reaping praise and acknowledgment for the trail of poison and excrement they left in the countries they visited, the NTF-ELCAC generated a US House of Representatives resolution calling for the suspension of security assistance to the Philippines unless reforms are introduced to its military and police forces, a strong European Parliament resolution admonishing the Duterte regime to stop its killing spree and observe international conventions on human rights or else face sanctions, a call to apply the Magnitsky Act to human rights abusers and cohorts of Duterte, and strong denunciations from overseas Filipinos and their friends and allies.

With billions of the people’s money at its disposal, the NTF-ELCAC has, upon its creation, started conducting its deadly and destructive mandate – red tagging and destroying the reputation of anyone dissenting and protesting the martial-law-like and repressive policies of the Duterte regime. It has red-tagged, demonized and threatened everyone from a cross-section of Philippine society to intimidate and instill fear.

GRP president Duterte’s greatest nightmare is to be made accountable for his crimes against the Filipino people after his term expires in 2022. Instilling fear among the people, and removing all forms of dissent to his regime and its successor would ensure that he, his family and his criminal cohorts would get them off the hook for their crimes of murdering thousands, stealing billions of public money, starving and impoverishing the people, and selling off the sovereignty and territorial integrity of the Philippines, and may be dreaming of living happily ever after.

With their barbaric transgressions of the people’s rights, Duterte and his fascist clique will have to eventually face justice for their war crimes, domestically and internationally, and spend their inevitable retirement either in jail or in hell.#