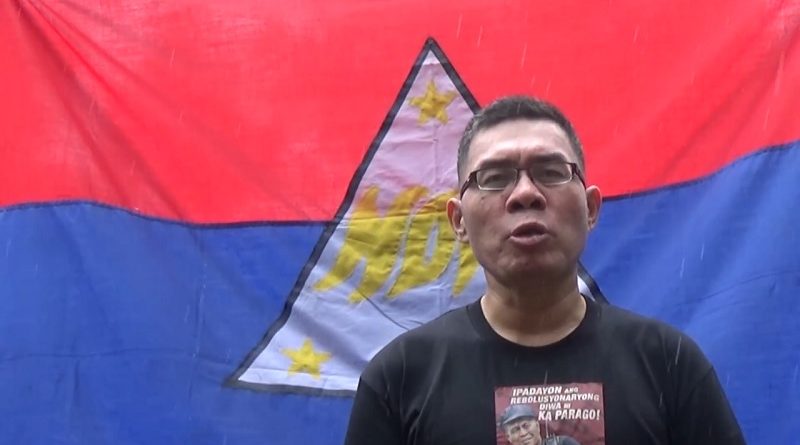 The NDFP in Mindanao urges the GRP to heed the call of the Filipino people for the resumption of formal talks with the NDFP, despite the absence of any ceasefire agreement.

As a gesture of support towards the resumption of formal talks between the GRP and the NDFP, even as fighting continues in the field, the NDFP in Mindanao will soon release the following prisoners of war: 1) PO2 Jerome Anthony Natividad (in NCMR); 2) Pfc. Edwin Salan (in NEMR); 3) Sgt. Solaiman Calucop and Pfc. Samuel Garay (in FSMR); and two others in the Southern Mindanao region. The respective regions will soon announce the details of the release of these aforementioned prisoners of war.

After the success of the third round of the talks, the Duterte government cannot, at this point, ignore this resounding call to set into motion the possible implementation of genuine agrarian reform and national industrialization. If genuine agrarian reform and national industrialization are carried out to the satisfaction of Filipino peasants, workers and national minorities, millions will surely benefit and significantly improve their lives.

Both the GRP and the NDFP owe it to the Filipino masses, at the very least, to continue to buckle down in significant dialogue and thresh out, and possibly agree on, means to eradicate the very roots of armed conflict in the country, which are feudal exploitation, US imperialist domination and bureaucrat-capitalism.

On the other hand, it was only necessary for the leadership of the CPP-NPA-NDF to order the termination of its unilateral ceasefire because of the non-compliance of the GRP to release the more than 400 political detainees from their custody. And, the AFP/PNP deliberately made the situation untenable by grossly violating their own ceasefire almost immediately after it was declared by their commander-in-chief on Aug. 26, 2016.

In a span of nearly six months, armed-to-the-teeth AFP/PNP troops have occupied hundreds of communities in both cities and the countryside in Mindanao and the rest of the country under the guise of the COPD/PDOP paradigm of Oplan Bayanihan/Kapayapaan. These military operations threaten and harass poor and innocent peasants and Lumad, causing many to flee their villages for fear of being captured, tortured, extra-judicially killed or massacred. These have also adversely affected the economic activities of various communities occupied by the AFP. Because COPD/PDOP teams suspect farmers of reporting their activities to the NPA, they control and limit the time and movement of peasants in attending to their farms.

In this context, the NPA, in active-defense mode, was only duty-bound to launch offensives against operating AFP/PNP troops in order to defend these communities from state-sponsored atrocities.

Continued fighting in the field will remain standard in a protracted civil war, especially when the roots of such a conflict remain unresolved. Under this condition, however, a continuing peace talks between the GRP and the NDFP becomes imperative, which, needless to say, opens doors to find possible genuine solutions to the basic social problems suffered by the people and pave the way to attain just and lasting peace.#