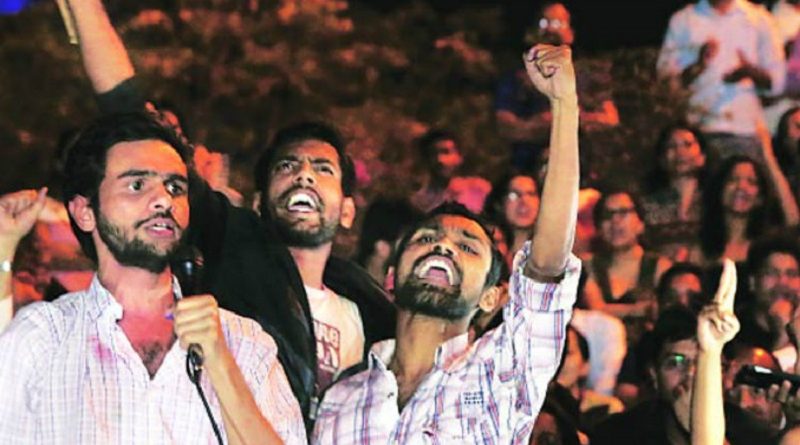 The name Umar Khalid has become synonymous with dissent. A left-wing student leader who shot to limelight in February last year after organising a commemorative event for Afzal Guru, Khalid is facing an allegation of sedition after slogans bashing India were raised at the same event, which happened at the Jawaharalal Nehru University (JNU).

Twenty-nine year old Khalid is again in news currently, this time without saying a word or organising any event. The doctoral scholar at the JNU’s Centre for Historical Studies was invited to speak at an event, Culture of Protest, at Delhi University’s Ramjas College, sparking strong reactions from right-wing student group Akhil Bharatiya Vidyarthi Parishad (ABVP).

He is a former leader of the ultra-left leaning group Democratic Students’ Association (DSA), which was often viewed as the student wing of the Communist Party of India (Maoist). Both the organisations were banned by the Indian government, forcing them to go underground.

One of the stated aims of the CPI(Maoist) is to overthrow the democratic government of India through an armed and popular struggle. Khalid’s political affiliations raises questions about his fidelity to the Indian Constitution. He also can’t be termed a socialist since socialists often seek to bring about a change by staying within a democratic system, in contrast to left-wing radicals like Khalid who view democratic capitalism as the root of every evil plaguing India.

An Indiatimes report last year said that Khalid came from a Muslim family in Amravati district of Maharashtra, but identified himself as an atheist.

Khalid is termed as anti-national by the ABVP and many in India’s Right for his controversial political views.

Who is Shehla Rashid

Shehla Rashid Shora is a Kashmiri student who is also an MPhil candidate at the JNU. She was elected the vice-president of the JNU’s students union in 2015. She is a member of the All India Students Association (AISA), which has a relatively moderate left-wing ideology when compared to Umar Khalid’s ultra-left ideology.

She is usually seen more mainstream than Khalid, and has been quoted as saying that her perception towards the Indian state has changed over time. “I had a very violent image of India, but JNU gave me democratic space.”

Like Khalid, Rashid also shot to national prominence last year when she defended Khalid and former JNU Student’s Union president Kanhaiya Kumar, both of who were accused of sedition against the Indian state. Rashid also led an effort in the wake of Khalid’s arrest to get the sedition law repealed.

It was reported last year that Rashid joined the All India Students Associating (AISA) in 2012.

Rashid had been a vocal human rights campaigner before she moved to Delhi to pursue a research degree at the government-subsidized JNU. She reportedly has a degree in computer engineering from the prestigious National Institute of Technology, Srinagar and has worked at software company HCL Technologies.

Rashid has reportedly been involved in a protracted campaign advocating for women rights in Kashmir.

According to reports, she is seen as the face of the left-wing students’ movement and is widely credited for bringing together different left-wing student groups under a single banner. It is believed that she leans more to the political left that former JNUSU president Kanhaiya Kumar.