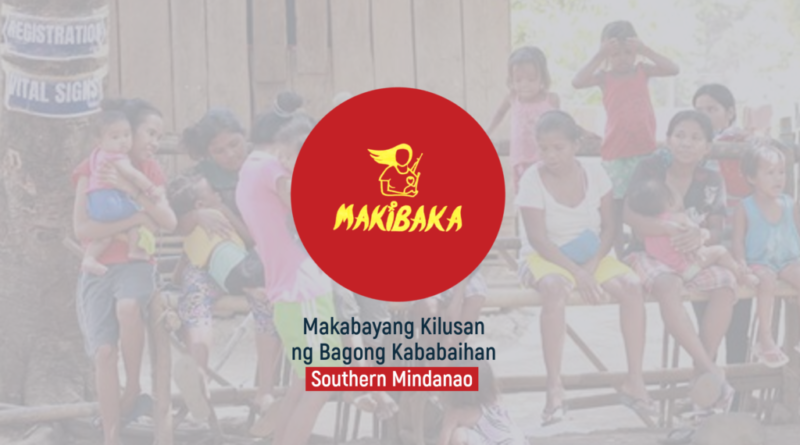 March is recognized as World Women’s Month—a time to celebrate women’s militant and revolutionary struggles for rights, justice, and freedom from all forms of discrimination and exploitation. More than just a celebration, March is also the month of resistance.

In commemoration of Women’s Month, the Makabayang Kilusan ng Bagong Kababaihan sa Southern Mindanao (MAKIBAKA-Southern Mindanao) would like to extend a Red greeting on the 52nd anniversary of the true people’s army, the New People’s Army.

MAKIBAKA-Southern Mindanao also salutes all Red fighters who sacrificed their lives for advancing the people’s democratic revolution against the fascist, corrupt, and reactionary US-Duterte regime. For 52 years, the NPA and the entire revolutionary movement have remained strong and principled in the midst of the state’s brutal attack on the state.

Filipino women are experiencing more severe stress due to the effects of the Coronavirus Disease-2019 (Covid-19) pandemic. Since March 2020, the Duterte reactionary government has still not responded to the people’s calls for livelihood assistance, and increased budgets for health services. The Philippine national debt has shrunk, while priority is being given to modernizing the AFP instead of improving Covid testing and contact tracing. The Philippines has reached more than 600,000 confirmed COVID-19 cases, but ensuring safe vaccines remains behind—corruption and embezzlement come first instead of increasing aid for the poor and workers who have lost their livelihoods . Demolitions in cities and town centers also continue amid calls for a moratorium and a temporary halt to the construction of major infrastructure projects.

In addition to economic pressure, political crackdown has intensified against legal mass organizations, unions, religious, and other sectors of Filipino society that seek to expose state corruption and raise calls for justice. Right here in the region, many activists and defenders of the rights of farmers and workers have filed targeted cases.

The regime’s attacks against the Lumad people are also intensifying. In February, Philippine National Police (PNP) forces raided and illegally arrested students, datus, and volunteer teachers at a Lumad Bakwit School in Cebu City. MAKIBAKA-Southern Mindanao condemns the arrest and continued detention of Roshelle Porcadilla, a teacher from the Indigenous ranks, and the inhumane treatment and torture perpetrated by the PNP, Department of Social Welfare and Development (DSWD) and local government unit (LGU) in Talaingod, Davao del Norte him while he was in jail.

The arrest of Teacher Roshelle and her students and colleagues proves the evil plan of the National Task Force to End Local Communist Armed Conflict (NTF-ELCAC) and Duterte to dismantle the established victories of the Mindanao development struggle. It is not far off that Duterte’s henchmen will also attack the sanctuary in UCCP Haran, Davao to force the repatriation of Lumads displaced due to the frequent militarization of the countryside through “rescue operations” as cover.

Even during Women’s Month, it is sad to reflect that abuses and violence against women, Indigenous people, and the people and groups defending for education, rights and defense of heritage land are still relentless.

Therefore, MAKIBAKA-Southern Mindanao encourages all women to stand up and take action to counter the fascist attacks of the Duterte regime. Only by participating in the revolution, women and the people can fully achieve freedom.