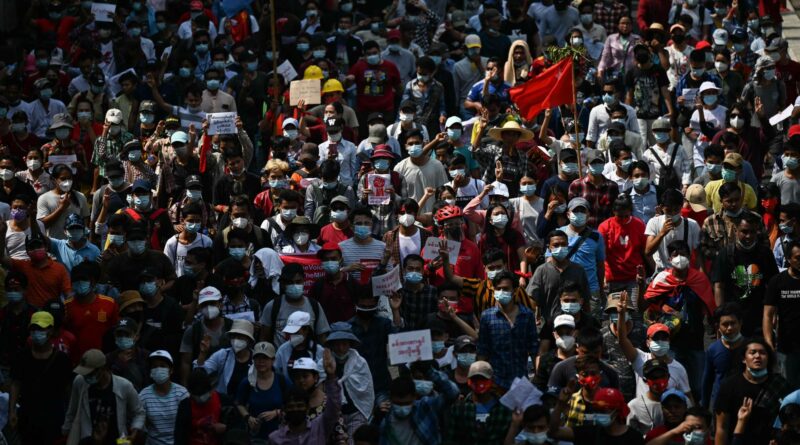 Makabayang Kilusan ng Bagong Kababaihan – MAKIBAKA conveys its red salute to the people of Myanmar who are waging its armed revolution against the military junta takeover!

As the world remains in the grapples of the worst global catastrophe in post – World War 2 setting, the resistance of the toiling masses from all over the world continues and has become more and more prevalent and persistent.

The present Myanmar military takeover is a direct and concrete picture of state fascism amidst an enduring global health and economic crisis. The situation has heightened the civil unrest in Myanmar – workers, peasants and the middle-class going out to the streets and mounting big protests. In retaliation, the despotic military junta continues to make arrests and even slaughtered civilian protestors. But this brutality and despotism further drives the revolutionary fervor of the people of Myanmar. Ethnic people who have been waging armed struggle for autonomy such as the Karen National Liberation Army have resumed their war against the junta and have offered sanctuary to people hunted by the Min Aung Hlain led Tatmadaw (Burmese Armed Forces).

This is what drove former beauty queen Htar Htet Htet to take up arms, declaring her readiness to give up her life for the revolution. According to her, “the time has come to fight back,” and that whether one holds a weapon, pen, keyboard or donate money to the pro-democracy movement, everyone must do their bit for the revolution to succeed. Reminiscent of Maita Gomez and Nelia Sancho from the 70s who went underground with the New People’s Army during the Marcos dictatorship, women worldwide are joining the revolution. Images of Filipino, Kurdish and Indian women fighters show us that they are going above and beyond to dismantle the stereotypical image of the female gender defined in feudal-patriarchal and bourgeois terms and are carving the path towards the genuine liberation of women through socialism.

MAKIBAKA expresses its support to women from all walks of life who join the revolution. It is only fitting that we continue to struggle against the chains that have bound us for centuries in class societies. We will persevere, because everywhere in the world – a woman’s place is in the revolution!