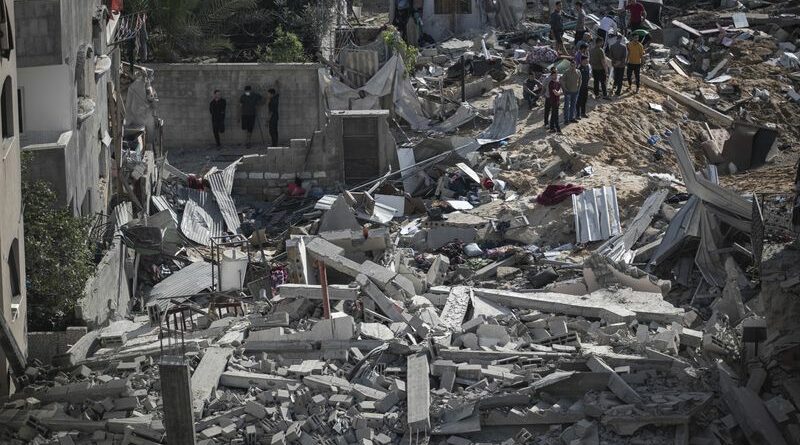 The Communist Party of the Philippines (CPP) today condemned the Israeli government and defense forces for its terrorist air strikes and ground shelling of the highly populated Gaza Strip over the past four days killing more than 100 Palestinians.

Hundreds of Israel airstrikes started on May 11 hitting civilian residences and crowded areas of the Gaza Strip, home to more than 2 million Palestinians. Yesterday, a residential tower in Central Gaza housing 80 families was bombed and reduced to rubble. As of yesterday, a total of 103 Palestinians including 27 children have been killed in these strikes while 580 were wounded since the air strikes started last Monday.

“The CPP denounces in the strongest terms Israel’s terrorist air strikes and shelling against Palestine and its people,” said CPP Chief Information Officer Marco Valbuena. He extended the CPP’s solidarity to the Palestinian people in their defense of their homeland, including the remaining communities in East Jerusalem.

“Israel’s air strikes and shelling are a disproportionate use of force to suppress the Palestinian people’s struggle to defend their land,” added Valbuena. “The Israeli reactionaries must be made to pay for their war crimes.”

Amid widespread outcry against Israel’s aerial attacks against Palestine, the US defended Israel by saying that it has a “right to defend itself”. US President Biden has refused to tie US military aid to Israel to conditions of respect for human and children’s rights. There are also reports that the US blocked the UN Security Council from issuing a statement regarding the escalating attacks against Palestine.

Valbuena said that the Filipino people stand in solidarity with the just struggle of the Palestinian people for their right to return to their land that has been brutally occupied by the state of Israel. For 73 years, the people of Palestine have borne the continuing Nakba or the catastrophe of their displacement.

“The Filipino people are one with the Palestinian people in their struggle to free their country from national oppression,” added Valbuena.