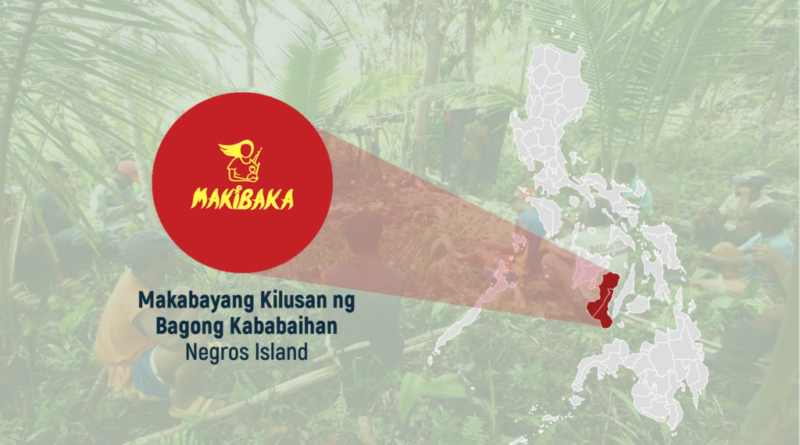 The Makabayang Kilusan ng Bagong Kababaihan (MAKIBAKA-Negros) is celebrating and uniting with women across the country in the celebration of One Billion Rising 2021 today. Along with this celebration is the strong stand and participation of MAKIBAKA-Negros among the growing and growing number of militant women who are rising and fighting for democratic and legitimate demands amid the severe economic crisis, politics and health.

This reminds us of the celebration of the significant role of women in the history of collective struggle to end all forms of abuse, exploitation and violence especially the end of the machopasist and tyrannical rule of the imposing dictator. .

In the face of public outrage over the rising Covid-19 case, economic downturn, a series of disasters, a steady rise in the price of poetry, an increasing number of job losses, still a priority Duterte regime enforces programs and laws that serve self-interest.

The worsening current situation exacerbates Duterte’s continued uselessness, suffering, executioner and tyrannical regime using his iron hand to overthrow and suppress any form of opposition to the ambition to seize power beyond his term. It is even more brutal and desperate especially to just imagine the day he left in Malacañang.

The widespread culture of violence and terrorism under Duterte’s dictatorial rule is deteriorating. In Negros where one of the regime’s counterrevolutionary war laboratories can clearly see the intensifying repression and systematic assault of state mercenary forces.

Using Memo Order 32, Executive Order 70 and the demon Anti-Terror Act of 2020 as the modus operandi of the fascist agents of the state, 98 activists, mass leaders and human rights activists have reached the victim of extra-judicial killings while more than 100 were victims of illegal arrests based on planted evidence of which 28 are women.

Even the pregnant and the infant will not be able to survive Duterte’s dirty war and terrorism. The arrest of Nona Espinosa, who was six months pregnant at the time of her arrest and gave birth in November 2020, is a highlight here. . In addition, the two-month-old hostage in the raid was carried out by state forces in Talisay City due to alleged NPA speculation. In the midst of this, crackdowns and redtags on progressive organizations on the Island continue to intensify.

Thus, MAKIBAKA-Negros emphasizes the Duterte regime’s insistence that oppressive oppression and exploitation only increase the growing number of struggling people in order to achieve true democracy and freedom. No threat will stop the widespread struggle of the people with the broad masses in the advance of the revolutionary struggle to achieve just society and justice.

In the face of the dark times of Duterte’s tyrannical rule, the revolutionary women will rise up to fight and resist all anti-people and oppressive steps of the state! Let us sow the seeds of the national democratic revolution to measure and repay the macho-fascist Duterte regime for its crimes committed against the people and gain it only through our collective and collective struggle for the ouster of Duterte!