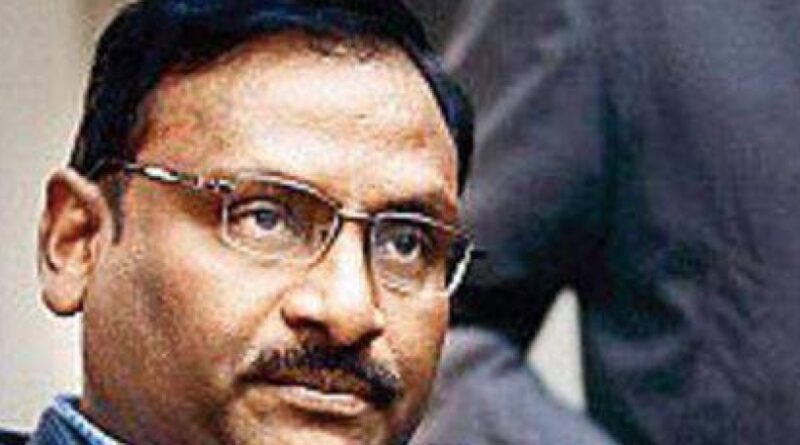 Confirming the development, DIG Ramesh Kamble told The Hindu, “Saibaba along two other convicts tested positive for the virus this morning. The three have been sent to the Government Medical College in Nagpur for further tests. Though Saibaba does not have any symptoms we will be carrying out all tests to decide if he needs to be admitted to the hospital.”

Advocate Aakash Sarode, who represents Saibaba in court, said, “I will be going to the hospital to see if I am allowed to meet Sai. I am told doctors will be doing a CT scan on him.”

Saibaba’s wife Vasantha Kumari and his brother G. Ramadevadu have written a letter to Maharashtra Chief Minister Uddhav Thackeray requesting him to shift the former professor to a private hospital for necessary medical treatment.

Saibaba (53), who is 90% physically disabled and wheelchair-bound, is lodged at the anda cell (solitary confinement) of Nagpur Central Prison after being convicted for having links with the CPI (Maoist) in 2017.

Ms. Kumari has been anxious about her husband contracting the virus since the lockdown in March, last year. On July 15, 2020, Saibaba had called her and said that there had been an uncontrolled outbreak of COVID-19 inside the jail and the virus had infected hundreds, including convicts, undertrials, and jail guards.

“On July 8, 2020, all 20 prisoners of the anda cell had undergone a COVID-19 test and one prisoner was found infected. The disease has reached very close to me,” he had told his wife, and added that it was only a “matter of time” since it had reached his cell and that the officers who used to roam the barracks had contracted the virus too.

A Division Bench of Justices A.S. Chandurkar and Amit Borkar of the Nagpur Bench of the Bombay High Court had on July 28, 2020, said, “We find from the reply filed by the chief medical officer, Nagpur Central Prison, that all requisite precautions are being taken to stop the spread of the virus in the jail. The applicant (Saibaba) has been kept in a separate high security cell and inmates of the wing where the cell is located are not permitted to interact with the inmates of the other wings.”

The Bench had further said, “It is also found that the applicant was tested and his report of COVID-19 test was negative. It is the specific stand of the jail authorities that only the staff who have tested negative are kept on duty. The steps taken towards prevention of the infection have been highlighted in the aforesaid reply and we do not find any reason to doubt the aforesaid steps as taken. In fact, there is no material on record to disbelieve the aforesaid statements made by the chief medical officer of the prison.”

While rejecting the medical bail, the Bench had said, “Though the applicant suffers from various ailments, in the light of the fact that he has been kept in a separate high security cell and there is no contact/communication between the inmates of the wing in which he is kept with the inmates of the other wings, we do not find any ground made out to release the applicant on temporary bail due to outbreak of the pandemic. While arriving at this conclusion, we have kept in mind the nature of accusations against the applicant, his conviction by the sessions court, and rejection of his application for suspension of sentence by this court.”

On October 22, 2020, Saibaba called off his hunger strike he had announced claiming that he had not been provided with any clothes, medicines and books for a month.

Saibaba’s left hand is totally on the verge of failure and that there is acute pain spreading in both his hands. He is plagued by pancreatitis, high blood pressure, cardiomyopathy, chronic back pain, immobility, and sleeplessness.