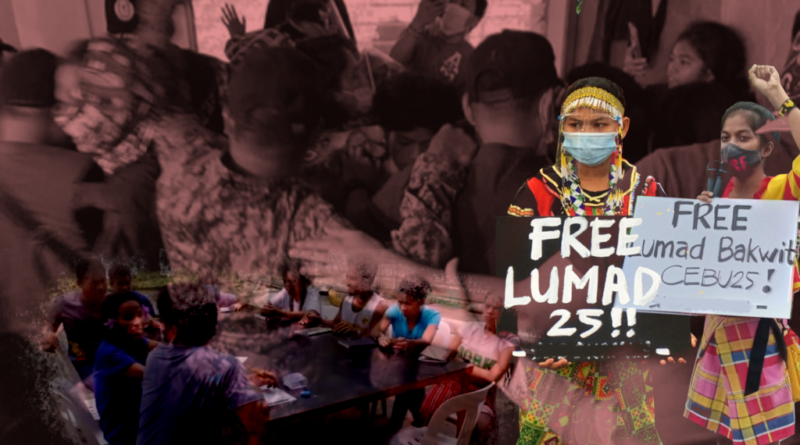 The Communist Party of the Philippines adds its voice to the widespread denunciation of the horrific police raid earlier today against the Lumad bakwit school in the University of San Carlos (USC) Talamban Campus in Cebu City where 21 Lumad students, two Lumad elders and two teachers were manhandled and forcibly taken by the Duterte regime’s fascist thugs.

The CPP condemns the PNP for trampling on the Lumad children’s rights with utter contempt of the sanctuary provided them by the university campus. With the USC police raid, the UP campus shelter of the Lumad children are now also under threat.

The CPP condemns the NTF-ELCAC which undoubtedly is behind this monstrosity. The Lumads and their community schools have long been targeted by the AFP and the NTF-ELCAC for teaching their children how to love and defend their ancestral land and culture.

We also hold the NTF-ELCAC responsible for massacre of the Tumanduk people in Capiz last December 30 where nine of their leaders were murdered in their own homes. The NTF-ELCAC is also responsible for the torture and detention of two Aeta farmers from Zambales and the military oppression against their communities. The Igorot people are also under incessant attacks for standing to defend their land.

The Lumad people of Mindanao and other minority groups across the country are being punished by the Duterte fascist regime for not bowing to the armed might of the military, police and paramilitary monsters that have caused the masses untold suffering. For years now, their communities have stood firm against the government’s plans to allow big mining companies and agribusiness, dams, energy, ecotourism and other big capitalist firms to take over and plunder their ancestral lands.

The Party and all revolutionary forces join in demanding the immediate release of the Lumad children, their teachers and elders collectively known as the Lumad 25. We enjoin the Filipino people to voice out their protest against this latest attack against their democratic rights. Duterte’s military and police forces are set on carrying out more brutalities having been emboldened by the Anti-Terror Law and as the ruling Duterte clique aims to paralyze all those who will resist his scheme to perpetuate his dynasty in power.

The oppressors of the Lumad people will be made to pay. The Party and the New People’s Army (NPA) will do everything to avenge and attain justice for the Lumad people, the Tumanduks, the Aetas and the rest of the minority peoples, the workers, peasants and other democratic classes and sectors.

The fascist criminals will be punished.