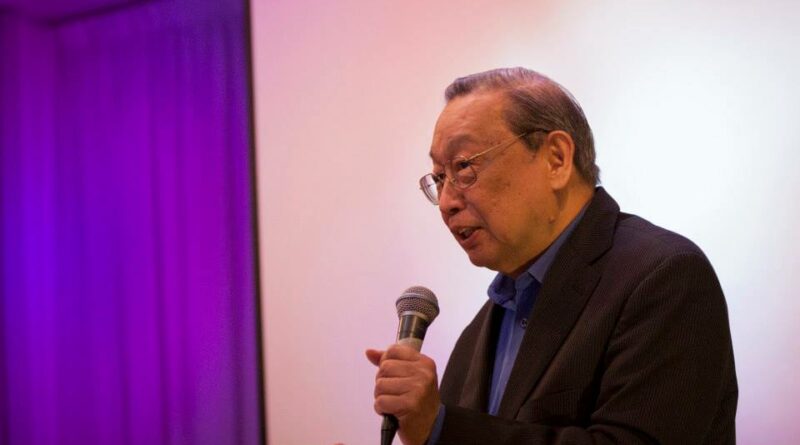 In his presentation before the Supreme Court, National Security Adviser Hermogenes Esperon Jr, the concurrent vice chairman of the National Task Force to End Local Communist Armed Conflict (NTF-ELCAC) and the so-called Anti-Terrorism Council (ATC), exposed the  Philippine Anti-Terrorism Act of 2020 and the NTF-ELCAC as instruments of fascism and state terrorism.

He boasted that the NTF-ELCAC would be issuing to the press a list of 25 designated “communist terrorists” today, that this is an executive or administrative act which the court cannot interfere with, and that there is supposedly no consequence to those listed but their assets being frozen.

The same line of reasoning was used by the European Commission in opposing my demand for the removal of my name from the so-called EU terrorist list.  But the European Court of Justice stood firm on universal standards and fundamental principles in ruling that my inclusion in the list was illegal and violates my basic rights. And the entire Duterte regime, the NTF-ELCAC, ATC and Gen. Esperon do not understand this case and do not realize what principles and processes of law that they are again violating.

The European Court of Justice ruled that even if the listing of my name was done as an administrative act, I was made to suffer the sanction of having my assets frozen (which my lawyer compared to civil death during the Inquisition) and three of my rights had been grossly violated: the right to be informed of the charge, the right to counsel, and the right to judicial review. A Supreme Court justice is reported to have pointed out that due process has to be respected at all times in both a judicial or executive process.

My wife Julieta and I are not at all bothered by Resolution Number 17 (2021) which designates the two of us as “terrorists”. To start with, the list of names in the designation appears to be arbitrary, dubious and even contradictory or inconsistent with the various public and purportedly personal statements even of its own NTF-ELCAC evil minions.

Moreover, it includes mostly publicly-known political consultants of the NDFP Negotiating Panel in the peace negotiations with the Manila government who are all entitled to the protection of the GRP-NDFP Joint Agreement of Safety and Immunity Guarantees(JASIG) and other binding bilateral agreements.

At all events, we are confident that the Dutch and EU authorities respect our right to stay in The Netherlands and understand fascism and state terrorism regnant in the Philippines under the tyrannical and genocidal Duterte regime. They are well aware that we have been detached physically from the Philippines for more than thirty-five years and that the Duterte regime has often tried to insult me for my political beliefs and advocacy.

We are not bothered even by the threats of Duterte death squads coming over to hit us which have been persistently reported to us by various sources. We have been alert to these threats. Our main concern is for those who are in the Philippines and are designated by the aforesaid resolution and many more people who are red-tagged and vulnerable to the criminal violence of the Duterte regime.

Slapping his own face and his own cohorts in the NTF-ELCAC during his rather irregular rant before the magistrates, Esperon pompously but mendaciously called  me a “master red-tagger”. And he made an improper public screening of an unauthenticated and obviously spliced video clip. I am glad that he admits the malice of what he and his cohorts always do: red-tagging, to prepare the arrest and murder of social activists, trade unionists, peasant leaders, religious leaders, lawyers and other human rights defenders.

But let me explain again what the nitwit and liar Esperon has failed to understand despite  repeated and long running clarifications  that I and so many others have  already made to  debunk  the lie that  I red-tagged legal organizations in a speech  in Brussels in 1987. What I did exactly was to differentiate in fact the open and legal democratic forces in the Philippines from the revolutionary forces of the Communist Party of the Philippines, New People’s Army and the National Democratic Front of the Philippines.

But undeterred by the already exposed distortion by his dishonest claim about my speech in Brussels, he has sunk to a lower level of idiocy by describing as red-tagging my simple enumeration of the 18 self-acknowledged component underground organizations of the NDFP, which are entirely different and distinct from the perfectly legal BAYAN and its federated legal member-organizations.

The conflations are done in a series of non sequiturs and a bizarre kind of factually baseless syllogism. When we listen to someone like Esperon, we understand that military intelligence is truly an oxymoron. We also understand that when morons have so much power and are in charge of  Oplans Bantay Laya I, II and III, Kapayapaan, Kapanatagan and now NTF-ELCAC, we are not all surprised by the avalanche of lies and butchery.

Under a regime that takes pride in treason, tyranny, mass murder and plunder, the legal standards are degraded to the level of murderers and the standard of learning is also demeaned when Marxism or communism is merely equated to terrorism. Some Supreme Court justices seem to notice the bloody consequences of the distorted mentality of those in power.

It will be faithful to its own distinct role in government if the Supreme will invalidate the Anti-Terrorism Law as instruments of fascism and state terrorism because of its massacre of basic human rights and democratic principles. The NTF-ELCAC and ATC are wantonly engaged in red-tagging and making up lists of “communist terrorists”, depriving suspects of their rights, usurping judicial authority and castrating the judiciary.

These arbitrary instruments of fascism and state terrorism are not needed to confront real acts of terrorism.  The appropriate charges can be made against suspects on the basis of evidence in accordance with due process and fair play.

In the first place, a revolutionary movement of workers and peasants led by the CPP cannot be engaged in any act of terrorism as it cannot victimize and offend the very people it relies on to achieve national and social liberation.

It is utterly wrong to misrepresent acts of a revolutionary movement as a case of common crime. This is a violation of international legal standards and the Manila government’s own Hernandez political offense doctrine, which recognize the social roots of rebellion, the nobility of its motives and purpose, and keep open the possibility of peaceful resolution of the armed conflict.

If the Anti-Terrorism Law were to be validated, the semicolonial and semifeudal ruling system in the Philippines would dive to the level of fascism and state terrorism. This will  mean that the system can no longer rule in the old way and there is no other way for oppressed and exploited people but to engage in armed revolution in order to obtain freedom and justice.