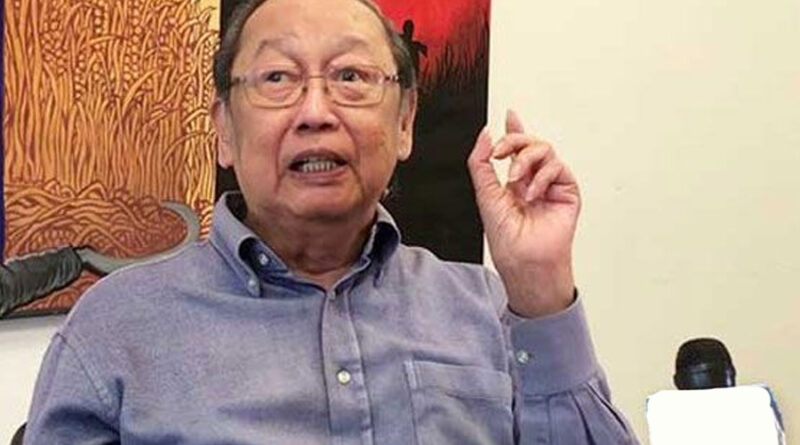 Based on his April 28, 2021 public address, Duterte is evidently a die-hard puppet of Chinese imperialism and a traitor to the Filipino people.

In a twisted kind of argument, he declares that the Philippines has lost the West Philippine Sea to China because patriotic officials of Aquino regime filed in 2013 before the Permanent Court of Arbitration (PCA) a case against China for its aggressive intrusions in the aforesaid sea.

The Philippines won the case against Duterte’s Chinese imperialist masters on July 12, 2016. The PCA judgment declared the 9-dash line claim of China as baseless and as violation of the UN Convention on the Law of the Sea (UNCLOS). And China did not declare war against the Philippines.

Since then, Duterte has been the craven traitor emboldening China to build more artificial islands and convert them to military bases. He has also shamelessly acted as China’s mouthpiece in threatening war against the Philippines.

He has not taken any step to secure a resolution from the UN General Assembly and other international assemblies against China’s violation of international law. He has not filed any suit before any UN agency or court abroad to demand China’s withdrawal from the maritime features it has occupied as well compensation for illegal occupation and damage to the marine environment.

In his talk, Duterte continues to pretend blaming the US for not starting a war with China over the issue raised appropriately before the PCA. In this regard, he is clearly seen by the public as engaged in cheap talk.

Everyone knows that he maintains the role of being a puppet to the US imperialism by following US diktat and getting US military assistance in his campaign of state terrorism against the people, especially in his futile campaign to destroy the armed revolution.

Shifting from his usual style of threatening the Philippines with war from China, Duterte makes himself look most preposterous with his spiel that he and the Philippines owe a big debt of gratitude to China for donating one million doses of anti-Covid 19 vaccine.

And he plays the usual liar by deliberately failing to mention that the Philippines bought 25 million doses of the vaccine from China at the exorbitant price of PhP 2.5 billion for the vaccine. Of course, he cannot mention how much bribe he and his generals in the anti-Covid task force have received.

Duterte obscures the fact that he has been ingratiating himself to China by letting this imperialist power take over the West Philippine Sea in violation of the UN Convention on the Law of the Sea and the 2016 judgment of the PCA in favor of the Philippines.

It is Duterte, not the Filipino people, who owes a debt of gratitude to China for the 2016 campaign money that he received from Chinese businessmen, for the unfulfilled promise of USD 24 billion worth of onerous loans and for the flow of bribes from Chinese mining companies smuggling out mineral ores from the Philippines and from Chinese criminal syndicates engaged in the smuggling in of illegal drugs, rice and other commodities.