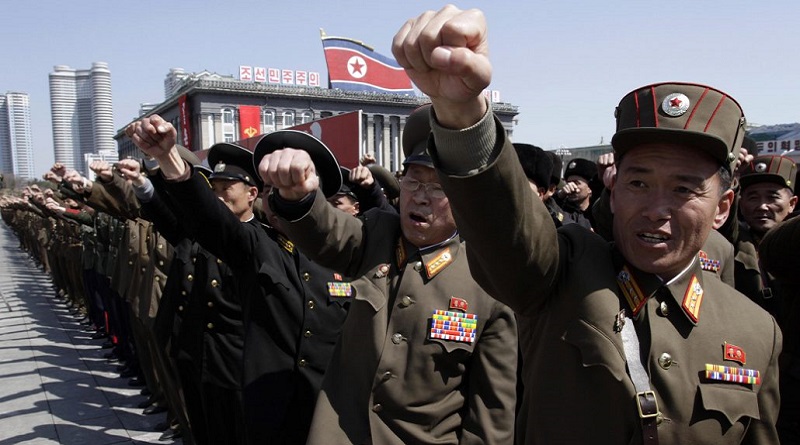 We, the International League of Peoples’ Struggle (ILPS) share with the Korean people and the Democratic People’s Republic of Korea (DPRK) the boundless joy of celebrating the 105th birth anniversary of the great leader Kim Il Sung. In his lifetime, Comrade Kim Il Sung led the Korean people in achieving great revolutionary feats in fighting and defeating the Japanese colonialists and subsequently the US imperialists and achieving national and social liberation.

Despite the barbaric and destructive US-led war of aggression against Korea and the ceaseless embargo and provocations, Comrade Comrade Il Sung succeeded with the Korean people to make gigantic advances in socialist revolution and construction in a planned and timely way. These have been won under the principle of self-reliance against constant threats, economic sanctions and war provocations from US imperialism.

Comrade Kim Il Sung has bequeathed a shining heritage of resolute and militant struggle for national independence, democracy and socialism not only to the Korean people but also to the world’s proletariat and people. The brilliant victories have inspired the toiling masses in their struggle for a new society free from exploitation and oppression.

In the spirit of proletarian internationalism, Comrade Kim Il Sung gave exemplary fraternal support to the Cuban and Vietnamese peoples in their revolutionary struggle against US imperialism. He supported the oppressed peoples in Asia, Africa and Latin America in their struggle for national independence and democracy. He was an outstanding stalwart of the non-aligned movement that espoused the right of the peoples to self-determination and to an independent course of development.

We, the ILPS, extend our militant solidarity with the Korean people in their fervent desire to have a peaceful reunification of the north and south and in their heroic struggle against the continuing sanctions, threats and provocations of US imperialism and its reactionary agents. We support the right of the DPRK and the Korean people to self-defense against aggression, to develop their nuclear capability in defense of their national independence and to counter the bullying and threats of a preemptive nuclear strike from US imperialism.

We, the International League of Peoples’ Struggle, express our highest admiration and deepest respect for the memory of the Great Leader Comrade Kim Il Sung on the occasion of his 105th birth anniversary. Together with the Korean people, we cherish his memory that has inspired the revolutionary proletariat and people in their struggle for a new and better world.

Long live the memory and legacy of Comrade Kim Il Sung!
Long live the struggle for national liberation, democracy and socialism!
US imperialism must get out of south Korea!
The Korean people will prevail and achieve peaceful reunification!
Long live the international solidarity of peoples!