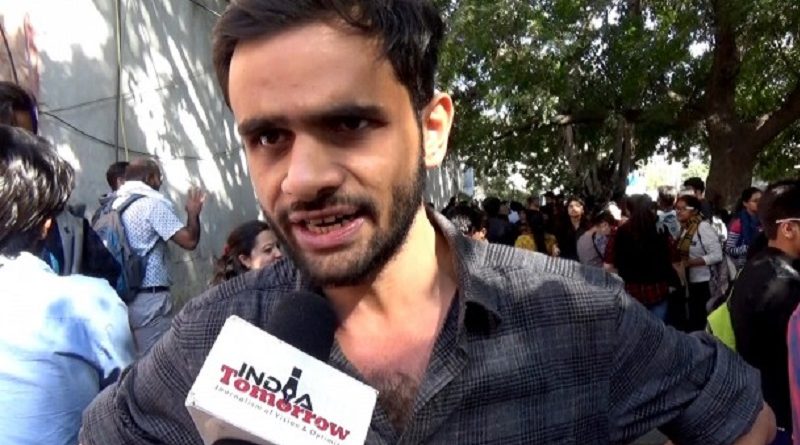 New Delhi, April 15: Often in the line of fire from Hindu-right groups and army of self-proclaimed ‘nationalists’ on social media, JNU research scholar Umar Khalid has denounced death sentence to an Indian Kulbhushan Jadhav by a Pakistan army court.

“Hanging Jadhav would be a travesty of justice and everything needs to be done [should be done] to stop it,” said Umar Khalid.

He says he is against death penalty in principle.

“The recent capital punishment given to #KulbhushanJadhav by Pakistan army court reeks of vendetta and must be stopped at all costs. Beyond the legal specificities of the case, I am principally opposed to capital punishment as a form of punishment. It is vindictive, retributive and a medieval form of justice. Moreover, army courts hardly provide any scope for the accused to defend themselves and their proceedings are pre-determined,” said Khalid, who is facing sedition charges in an alleged anti-national slogan case of JNU, in a Facebook post.

“The hypocrisy of some forces is simply amazing. You cannot be in the forefront of both – demanding the stopping of Jadhav’s hanging by Pakistan state, and supporting and celebrating capital punishment by the Indian state. Most of those hanged in India, or on death row presently, are dalits, adivasis, religious minorities, Kashmiris, etc,” he said.

“This double-standard only shows that it is not concern for Kulbhushan Jadhav – the human being – but the geo-strategic politics of two nuclear powers (Pakistan and India) that is behind the present outrage of the ruling classes and their hireling TV anchors. Anyways, human lives have hardly mattered to them – on either side of the border. We need to expose this hypocrisy, and take a principled consistent position against capital punishment in every instance,” he averred.