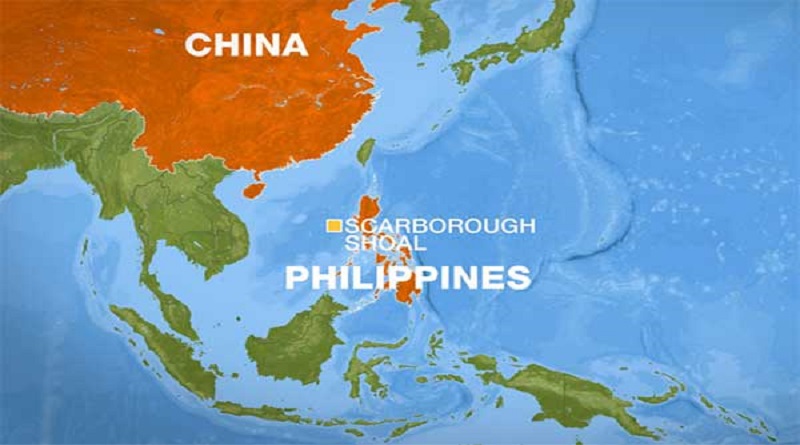 People's War Philippines
October 29, 2016October 29, 2016 Redspark Team CPP-NPA-NDF
Communist Party of the Philippines
Information Bureau
Press Release
October 29, 2016
The Communist Party of the Philippines (CPP) today told the US military and government to keep off the issue of the Scarborough Shoal even as it welcomed the peaceful settlement of the matter through friendly negotiations between the GRP President Duterte and China Premier Xi Jinping.
Until recently, Filipino fishermen had no access to the Scarborough Shoals, known to them as Bajo de Masinloc, which form part of their traditional fishing area, after a standoff between China and the Philippines in 2012 resulted in China asserting sole rights in the area.
“The CPP congratulates the governments of China and the Philippines for peacefully settling the matter of the Scarborough Shoal paving the way for the return of Filipino fishermen to their traditional fishing grounds,” said the CPP.
“The settlement of the Scarborough issue underscores what can be achieved by asserting national independence, building friendly relations with neighboring countries and opposing outside interference, especially war instigations by the US military,” said the CPP.
“The CPP anticipates further success in the peaceful settlement of other conflicting maritime claims, including those around the Kalayaan Islands, consistent with the assertions of the Filipino people,” said the CPP.
The CPP asserts that the basic premise and most urgent condition for the settlement of all conflicting claims should be the demilitarization of the South China Sea to allow all countries to make use of the sea route for international trade. The CPP demands the US military to end to all naval patrols including so-called “freedom of navigation operations” which has no other aim than provoking retaliation.
The CPP rejects the statement of the US state department that it was still “assessing” reports that China’s coast guards are no longer patrolling and preventing the entry of Filipino fishermen.
“In the first place, the US has no standing whatsoever the make any assessment in an area that is part of Philippine maritime territory,” said the CPP. “Secondly, it is US war-mongering and naval buildup in accordance with its US pivot to encircle China that is at the root of the outstanding security problems in the South China Sea.
“In light of the peaceful settlement of the Scarborough shoals, the Filipino people demands the US government to stop interfering in the matters between China and the Philippines.”
In 2012, upon instigation and with the support of the US military and state department, the puppet Aquino government sent several naval warships to confront Chinese civilian coast guard ships. This in turn prompted China to deploy its own warships leading to conflict escalation.
Since late 2011, China has been increasingly aggressive in its patrols of the South China Sea, including areas within the Philippine maritime territory as a response to the bellicose statements issued by then GRP President Aquino in May 2011. Aquino became increasingly hostile to China after being goaded by the US in a briefing conducted onboard US warship USS Carl Vinson.

Source: Communist party of the Philippines