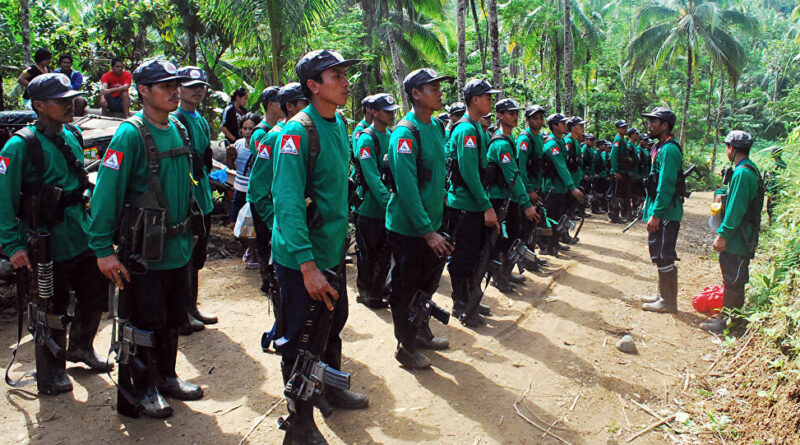 The Communist Party of the Philippines (CPP) congratulated today the New People’s Army (NPA) in Panay for its successful ambush last week against the fascist troops of the 61st IB in the boundary of Iloilo and Antique provinces.

According to the NPA field report, a Scout Platoon of the 61st Infantry Battalion of the Philippine Army was operating in the boundary of Miag-ao, Iloilo and Sibalom, Antique when it was ambushed by Red fighters on the morning of May 15.

“This is in partial fulfillment of the vow to exact justice for the Tumandok people and other victims of the crimes perpetrated by the 61st IB and other units of the AFP,” said CPP Chief Information Officer Marco Valbuena, pointing out that the AFP unit was involved in the bloody Tumandok massacre in December 30, 2020. The Party had called on the NPA to heed the Tumandoks’ calls for justice and avenge the massacre.

“It is also a retribution for the killing of peasant leader John Farochilin killed last year by elements of the 61st IB in the same area,” Valbuena added.

Five soldiers were killed in the ambush while five others were wounded. This included a certain Ssg. Antot who was wounded and later on died in the hospital.

The commanding officer of the 61st IB, Colonel Joel Benedict G. Batara, denied that they were ambushed by the NPA, and instead claimed that residents tipped off the NPA’s location leading to an encounter. Batara said further that their troops only suffered one wounded casualty.

Valbuena chided Batara for denying their casualties. “What kind of arrogant officer is he who cannot give recognition to men who died under his command.”

Some residents of Miag-ao posted on their social media accounts that the AFP was flying helicopters in the area after the firefight, likely to ferry casualties away from the eyes of the local residents.

“With the deep and wide support of the people, the NPA will never rest in their efforts to attain justice for all the victims of the terrorist tyranny of the US-Duterte regime,” ended Valbuena.

Valbuena urged soldiers of the 61st IB, to leave the AFP that is being used to oppress the downtrodden masses. “Surely, many of you know of the atrocities perpetrated by the military against peasants, workers and toiling people.”