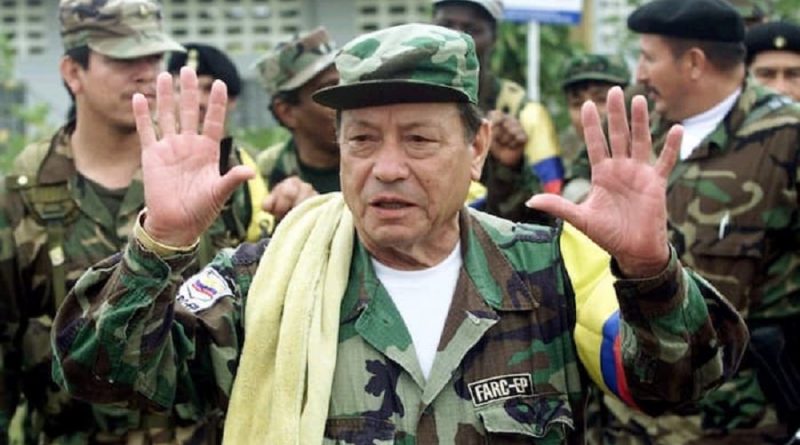 PEACE EFFORTS between the Santos government of Colombia and the Revolutionary Armed Forces of Colombia (FARC) were frustrated after the final peace accord was rejected in a referendum last October 2 with a vote of 50.2% against 49.7%.

The said accord was signed last September 26 in Cuba before being subjected to a plebiscite. It was negotiated for four years in Cuba with the help of Norway. It sought to end 52 years of armed resistance by FARC.

The final accord, in essence, is a document of capitulation or surrender of the FARC. It provided for the process of disarming and demobilization of FARC and its transformation into a legal party. It makes the entire FARC undertake a process that is to be directed by the reactionary government of Colombia.

Under the agreement, all FARC armed fighters will be made to converge in 23 temporary hamlets or zones for “normalization” under the supervision of the United Nations.

Fighters who register will be subjected to investigation to determine whether they have any criminal culpability over human rights violations.

Meanwhile, FARC itself will be transformed into a legal political party. It will be allotted three non-voting seats each in the upper and lower chambers of the Colombian parliament. They will be given five seats in 2018 and 2022 but will be obliged to run for elections in the next terms.

The accord signed by FARC leaders is being criticized because it does not contain substantial changes in the social system. The question of land reform or breaking up monopolies, which sparked the 1964 uprisings which gave birth to the FARC, was not resolved in the accord. The accord only contained promises of rural infrastructure projects to be administered by FARC leaders.

The FARC entered the agreement after several years of relentless offensives by the Colombian government aided by US military assistance using the war against drugs as pretext. It is reported that there are currently around 8,000 FARC fighters.

Despite being gravely disadvantageous to the FARC, the accord was rejected by the reactionaries opposed to the Santos government.

The past president of Colombia, Alvaro Uribe, was the main campaigner against the accord.

There are at least two other armed guerrilla groups in Colombia.

This shows the grave crisis and class struggle in the country.