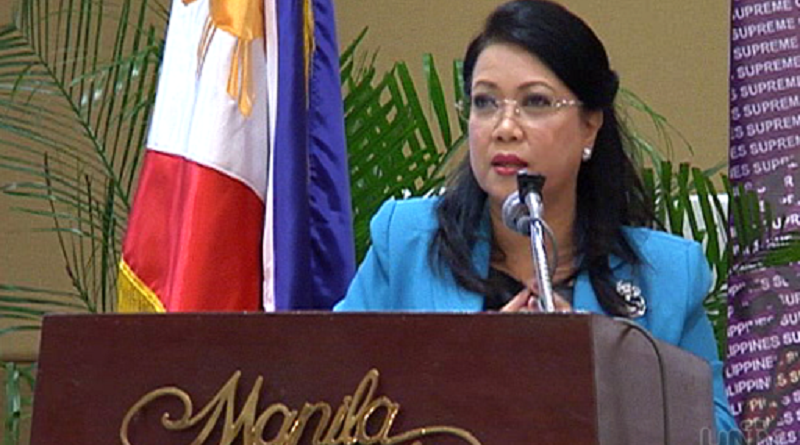 The ouster of Chief Justice Maria Lourdes Sereno from the Supreme Court yesterday was an exercise of despotism by GRP President Duterte. Broad democratic sectors are deeply indignant over the Supreme Court’s act of self-decapitation, goaded by Duterte’s threats and intimidation. A mounting number of groups and personalities have expressed their protest against the steamrolling of Sereno’s ouster.

Duterte is not satisfied that the Supreme Court has consistently voted in his favor and demands the Chief Justice to be fully compliant. He was incensed that Sereno had openly spoken against maneuvers to gain absolute power. By having forced Sereno’s ouster, however, Duterte has further isolated himself and has generated a potentially fatal political crisis.

Sereno is the latest victim of Duterte’s drive to establish his dictatorship. Everyday, there is a growing list of victims of extrajudicial killings, abductions, illegal arrests, military looting and other human rights abuses under Duterte’s Mindano martial law, his reign of military power across the country through his Oplan Kapayapaan war of suppression, and his “war of drug syndicates.”

All of Duterte’s victims must band together and build a broad united front to oppose Duterte’s rule of tyranny and terrorism. Sereno can exhibit solidarity with the broad masses of workers, peasants and minority people in their democratic struggles, and in turn experience their solidarity in their common struggle against Duterte’s emerging dictatorship.