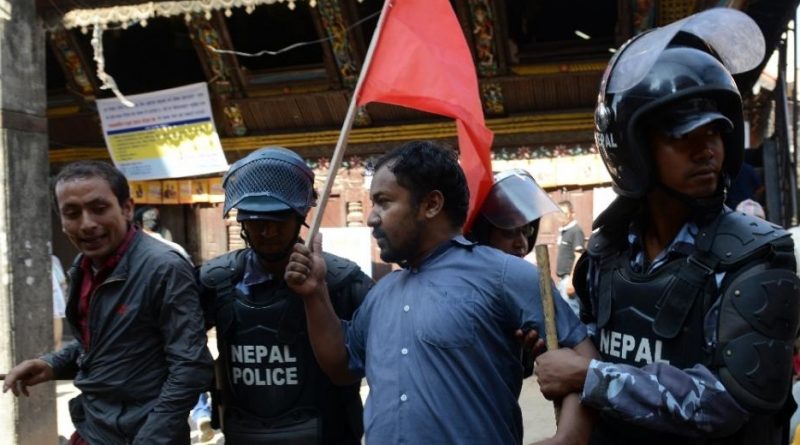 A leader affiliated to the CPN led by Netra Bikram Chand ‘Biplav’ has been arrested with five explosive devices from Hetaunda of Makawanpur district on Monday.

According to the District Police Office, search for Durga Nath Timilsina was carried out acting on a tip off. A team deployed from Pashupatinagar Area Police Offiec arrested him from Chauwannadhaare of Kamaane in Hetaunda-8.

“Timalsina had the responsibility of leading the party activities in Makawanpur, Bara, Parsa, and Rautahat districts. He is the central committee member of labour union affiliated with Nepal Communist Party,” informed SP Shailendra Shrestha.

The Biplav-led party had called strike on Sunday against the visit of Indian Prime Minister Narendra Modi.