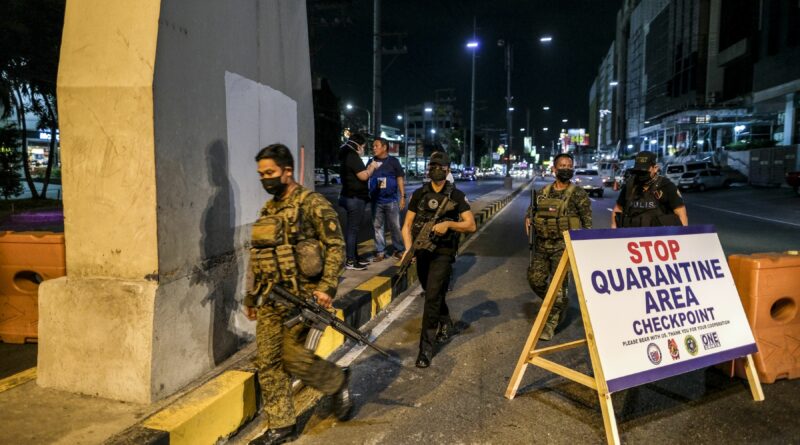 Without health and economic measures, the resort to another anti-poor and draconian lockdown in the National Capital Region and adjacent provinces since four days ago to stop the rapid increase in the number of Covid-19 cases will only lead to another grand failure.

The Duterte government remains deaf to the demands made a year ago for it to carry out free mass testing and rapid and systematic contact-tracing as key measures to detect and contain the spread of the virus. It has also ignored free Covid-19 treatment and economic aid for the poverty-stricken masses. It has bungled the procurement of vaccines and continue to insist on pursuing its anomalous deals with China.

The rapid spread of the virus was not inevitable. The mutation of the virus and emergence of new variants have been anticipated. Duterte’s officials should have prepared for it by increasing the capacity of the public health system which Duterte failed to do. It has allowed increased social interaction and enterprise activity but did not pour funds to strengthen the machinery and system for mass testing and contact-tracing to contain inevitable outbreaks. The public health infrastructure has, in fact, deteriorated over the past few months, as admitted by some government officials themselves.

The NCR is now being overwhelmed by the rapid increase in Covid-19 cases. Hospitals in the metro are now running beyond capacity forcing them to move Covid-19 patients to facilities elsewhere. Without health containment measures led by the national government, the spread of the virus will ultimately hit the provinces.

The inept military and police-led response to the pandemic is once again in full play. Duterte has deployed around 9,000 police forces to implement the lockdown, but mobilized zero additional health workers to provide relief to the increasingly agonized nurses and doctors in overcrowded hospitals. Health workers are justly protesting low wages, non-payment of hazard pay, lack of transportation and overall neglect of their welfare.

Gross abuses of power are everyday being committed by police officers in their overzealous and high-handed imposition of ill-conceived and ill-planned curfews and checkpoints. Every second, people’s rights are being trampled upon. The poor are under constant threat of being accosted, arrested or fined.

While work in factories and establishments were not suspended, requiring workers to continue reporting to work everyday, the government implemented restrictions on transportation resulting in thousands of stranded people. It has taken advantage of the crisis to railroad its antipeople plan to phaseout jeepneys amid the severe lack in transportation.

The locking down of people in their homes in the “NCR-plus” area is practically imprisoning them for the government’s crime of failing to address the pandemic. Yet, the state crime is continuing as Duterte and his minions continue to mismanage the crisis. Massive joblessness, loss of income and rising prices are resulting in gross hardships and poverty. The people are being insulted by the government’s paltry ₱1,000 aid. Everyday, millions of people are distressed by the threat of having nothing to eat or feed their children.

Duterte is a remorseless tyrant. He cries crocodile tears and feigns sympathies for the people. The pandemic has exposed him as an incompetent leader. He is more interested in pocketing billions of pesos to feed his minions and his fascist monsters in uniform. He has ignored appeals to raise the capacity of the health system to deal with the pandemic and is more busy silencing everyone as he prepares to scheme his way to power beyond 2022.

Another week of lockdown will only worsen the already intolerable conditions of the Filipino people, especially the workers and peasants. This will only throw fuel to the fire in the people’s bellies. They will not forever be suppressed nor remain silent. They are being roused to get organized and fight to end the incompetence, corruption, abuses and oppression under the US-Duterte regime.