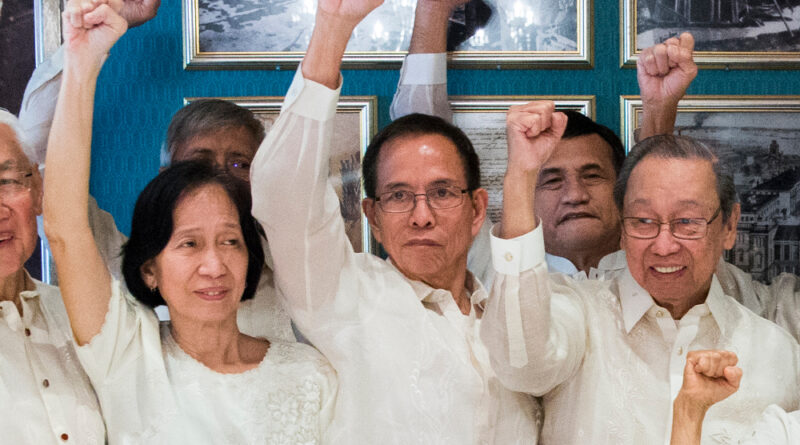 The Communist Party of the Philippines (CPP) denounces and rejects the “designation” by the “Anti-Terrorist Council” (ATC) of 19 supposed “leaders” of the CPP as “terrorists.” This is clearly an act in accordance with the diktat of the National Task Force to End Local Communist Armed Conflict (NTF-ELCAC) and Duterte himself.

The ATC claimed that those in the list are leaders of the CPP but cites no evidence to back their claims. The ATC merely recycled a very old list being maintained by military “intelligence.”

The arbitrary naming of known peace consultants and revolutionaries underscore why the Anti-Terror Law and the ATC itself are illegitimate and should be repudiated. It was done in complete contempt of judicially recognized due process. It is a veritable slap on face of the justices of the Supreme Court who have yet to complete hearings over questions of the constitutionality of the Anti-Terror Law.

The “designation” is a desperate act to vilify revolutionaries and cover-up the crimes of state terrorism committed by the Duterte regime. It shows why “anti-terrorism” itself is an undemocratic concept and how it is being used as a tool against the people’s cause for national liberation and social justice.

The ATC “designation,” in particular, is an act of treachery against the National Democratic Front of the Philippines (NDFP) and the peace process. It lists personalities of the NDFP involved in the peace process, including the interim Chairperson of the NDFP Negotiating Panel Julie de Lima Sison and NDFP Chief Political Consultant Jose Maria Sison, as well as other known consultants in peace negotiations between the Government of the Republic of the Philippines (GRP) and the NDFP. This act of the ATC is Duterte getting back at the NDFP for not bowing to his wishes for the revolutionary forces to surrender their principles to his fascist tyranny.

Those included in the ATC’s “designation” are not terrorists but are all honorable revolutionaries who have served the cause of the Filipino people for national and social liberation all their lives. Most of them are now in their sixties and seventies. Three of them are unjustly incarcerated. Throughout the past decades, they have courageously stood side by side with the people and struggled against dictators and tyrants. They all have sacrificed personal ambition and selfish interests.

“Anti-terrorism” is clearly an oppressive weapon used by tyrants to perpetuate their rule. It is no different from how foreign colonizers disparaged Filipino freedom fighters as “brigands,” “bandits” and “insurrectos” to justify their all-out war to “pacify” the Filipino people and suppress their struggle for national liberation. The Duterte regime’s “anti-terrorism” is, in fact, state terrorism, where the entire armed machinery of the state is used to suppress and silence the people and eliminate all dissent and resistance.

Only Duterte, his military generals and fascist minions denounce the democratic armed resistance to his tyrannical regime as “terrorism.” To the oppressed and exploited, taking up arms is the only option to defend themselves in the face of relentless killings perpetrated by the police, military and other armed agents of the reactionary state. Amid Duterte’s brutal attacks and crimes against the people, to wage revolution is the most honorable thing to do.