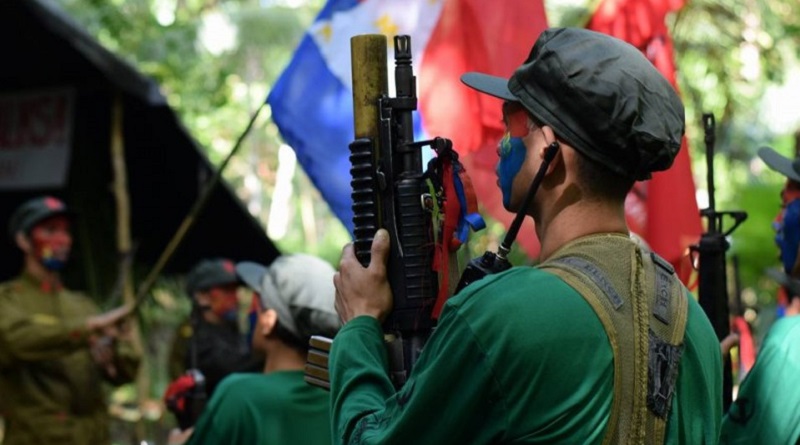 The Communist Party of the Philippines joins the Filipino people, local and international human rights organizations and peace advocates, in marking the 20th anniversary of the signing of the Comprehensive Agreement on Respect for Human Rights and International Humanitarian Law (CARHRIHL).

The Party reaffirms its commitment to uphold the provisions of the CARHRIHL and to undertake its responsibilities specified therein. To mark the 20th anniversary of the agreement, all units of the NPA will take refresher courses and make use of the opportunity to review their practice.

Since 1998, study of the CARHRIHL has been part of the basic curriculum of the education program of Red fighters of the New People’s Army (NPA), as well as all revolutionary mass organizations. To the NPA, the CARHRIHL is considered an elaboration of the more fundamental Three Main Rules of Discipline and Eight Points of Attention which define the revolutionary moral standards for all Red fighters.

It is timely to celebrate the CARHRIHL in the face of the US-Duterte regime’s attempts to slander and repress the revolutionary movement and its supporters by declaring the CPP and the NPA as terrorists. The CPP and the NPA’s strict adherence to the CARHRIHL, as well as international rules of war and important protocols, prove that the revolutionary forces are far from being terrorists.

This is in contrast to the practices of the US-Duterte regime, which even boasts of its violations of basic human rights and international rules of war in its campaigns of suppression. Rodrigo Duterte has repeatedly proven, by word and deed, that his regime is the number one terrorist in the country.

The CARHRIHL gives the Filipino people an additional layer of legal protection as they advance their democratic causes. The CARHRIHL also provides them with further reference to defend and advance their rights in the socio-economic, political and cultural spheres.

Promoting the CARHRIHL has become doubly significant as President Duterte of the GRP has declared open contempt for human rights. In November 2017, Duterte proclaimed the termination of peace negotiations with the NDFP and has flouted all previous agreements, including the CARHRIHL.

As commander-in-chief, he has ordered his troops to completely disregard human rights and ignore summons or pleadings of any local or international human rights officer. He has expressed his disdain for human rights and consider these as impediments to progress. He brazenly advocates dictatorship and military rule. He has imposed martial law in Mindanao, completely setting aside human rights.

He imposed martial law in Mindanao and pulverized Marawi City to give way to US commercial and military interest and his bourgeois comprador cohorts.

He ordered the AFP to use all its air assets to “flatten the hills” and “bomb the Lumad schools.” Rural communities are threatened with the image of becoming mini-Marawis. He has called on peasants and minority peoples to leave their homes to make way for plantations, mines and military reservations. He incites brutality and cruelty by ordering his men to “shoot the vagina” of women fighters of the NPA and encouraging soldiers to “bring the heads of NPA members in iced buckets” to earn their P25,000 reward.

The Oplan Kapayapaan war of suppression, the war against the Moros and the “war on drugs” are utterly barbaric. More than half a million people have been uprooted from their homes, surpassing all post-Marcos regimes. State forces have perpetrated the extrajudicial killing of close to a hundred peasant leaders, more than 20 unionists and scores of other social activists.

This list of fascist crimes grows longer almost on a daily basis as AFP troops occupy rural civilian communities in the name of ”peace” which aim to intimidate and silence the resistance of peasants and minority peoples.

In the face of all brutalities being committed by the AFP under the US-Duterte regime, there is utmost urgency to demand respect for human rights and observance of international humanitarian law. The Filipino people demand justice for all the fascist crimes perpetrated by the AFP over the years.

Towards this end, the Filipino people can use the CARHRIHL to bolster their position and demands. Amid the bloody fascism and murderous frenzy of the US-Duterte regime, they must demand the GRP to comply with the CARHRIHL and hold Duterte and all of his officials responsible for grave violations of human rights as stipulated in the agreement.