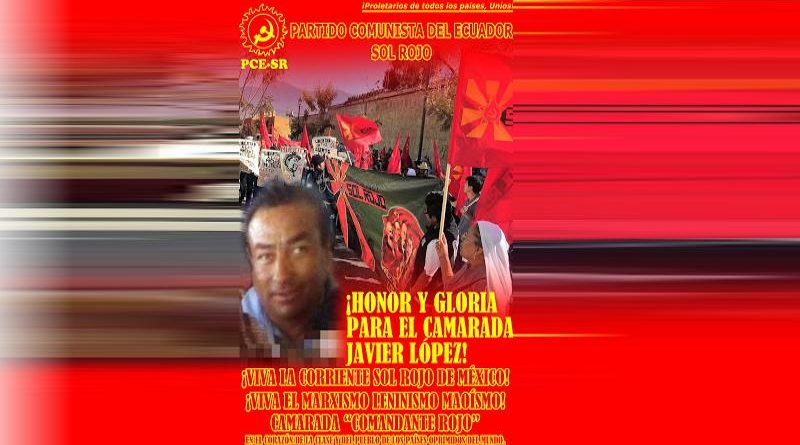 To the proletariat and people of Mexico; To comrades of Corriente del Pueblo Sol Rojo, the Communist Party of Ecuador-Sol Rojo expresses its internationalist solidarity and deep sorrow for the death of comrade Javier López Martínez, “Comandante Rojo”.

In Mexico, the conditions in which the correct ideological line opens its way are complex, difficult, with certain particularities that are necessarily demanded by men and women with a high level of consciousness and a strong will to fight and that remains precisely in the collective memory of the class and people, communists of this lineage who give everything without reservation and who remains as a firm legacy to imitate anywhere in the world where the class and the people merge in that necessary forge for the conquest of power.

Comrade Javier López is now one of those communists that the proletariat and the people of Ecuador see as an outstanding reference in the struggle to unleash, develop and hold the people’s war up to communism.

IN THE HEART OF THE CLASS AND PEOPLE OF THE OPPRESSED COUNTRIES OF THE WORLD
TO CONQUER THE RED SUN OF LIBERATION; THE COMMUNISM!