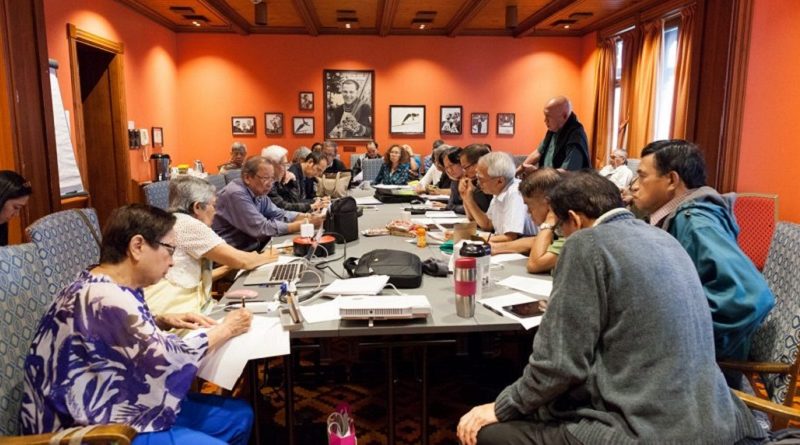 On October 20, 2016, GRP Negotiating Panel Chairperson Silvestre Bello III sent a letter to NDFP Negotiating Panel Chairperson Fidel V. Agcaoili with a proposal that in view of the fact that the two sides could not meet the October 26th deadline for them to work out a bilateral ceasefire agreement, the “Parties simultaneously declare their renewed commitment to their respective unilateral indefinite ceasefire.”

In response to Mr. Bello’s proposal, Mr. Agcaoili informed him that there was no need for the NDFP to make such a simultaneous declaration with the GRP. He quoted from the declaration of the Central Committee of the Communist Party of the Philippines (CPP) and the National Operational Command of the New People’s Army (NPA) dated 28 August 2016 which specifically states that the Unilateral Declaration of Interim Ceasefire shall take effect on said date, i.e. 28 August 2016, and:

“will remain valid during the course of peace negotiations until superseded by a ceasefire agreement to be issued jointly by the NDFP with the GRP within the next 60 days or until a notice of termination of this ceasefire declaration takes effect 10 days after receipt of said notice by the GRP Negotiating Panel from the NDFP Negotiating Panel.”

Mr. Agcaoili reminded Mr. Bello about the GRP’s commitment on the releases and Amnesty Proclamation of political prisoners in accordance with the Oslo Joint Statements of 15 June 2016, 26 August 2016 and 9 October 2016. He said that the fulfillment of such commitment would “serve as a big incentive towards accelerating the peace negotiations and forging a mutual stable ceasefire.”

However, there are persistent reports from regional NPA commands of GRP violations of its own unilateral ceasefire stating that AFP troops continue to make incursions into the territory of the NPA in the guise of civic action and anti-drug operations. Such military operations only serve to heighten tensions and serve as disincentive to forging a more stable bilateral ceasefire.