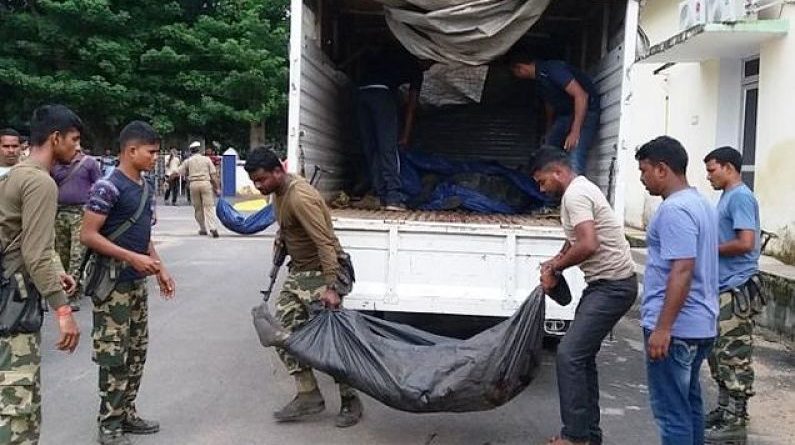 The outlawed Communist Party of India (Maoist) has accepted that the encounter with security forces in Malkangiri district of Odisha on October 24, which resulted in the killing of 28 Maoists, was “the biggest loss” suffered by the party in 40 years of revolutionary struggle.

Calling for Bandh in Maharashtra, Chhattisgarh, Odisha, Andhra Pradesh and Telangana on November 3 in protest of its cadre’s killing, a press note issued in the name of “Pratap” , who claimed to be the official spokesperson of the CPI (Maoist) central regional, accused the police of “capturing its 11 comrades in injured condition and killing them after torture”.

“Our 27 cadres were killing on the morning of October 24 in Odisha. This was the first time that the party has suffered such a big loss in its 40 years of revolutionary struggle. Many senior leaders and cadres belonging to Andhra Pradesh, Odisha, Chhattisgarh, and Telangana achieved martyrdom. It was a conspiracy and the security forces resorted to their old tactic of using surrendered Maoists to target party leaders,” said Pratap.

However, he claimed that “such conspiracies” can not weaken his party.

“Our revolutionary struggle has come a long way despite many such attacks and even after losing thousands of comrades to the attacks by the state. Exploitation increases resentment among the revolutionary masses and the rulers, who forget this truth, will have to pay a heavy price for it,” the Maoist spokesperson threatened.

“The CPI (Maoist) is supporting all the struggles against it but the state and the central governments are trying to curb these struggles using the third phase of the Operation Green Hunt. The harassment has increased in Odisha and Andhra after Rajnath Singh’s (Union Home Minster) visit to Vishakhapatnam and Koraput. The killing of common people in fake encounters has become a routine and October 24 encounter was a part of this series,” he claimed.

The Maoist leader conceded that the October 24 encounter had caused a “big damage” to his party in the AOB (Andhra-Odisha Border) area but vowed to avenge the attack from the officers involved in its planning.

“But such setbacks are not new for us. We will come out of it soon and take forward our struggle,” stated Pratap and appealed to the people of five states to make the Bandh of November 3, a success.