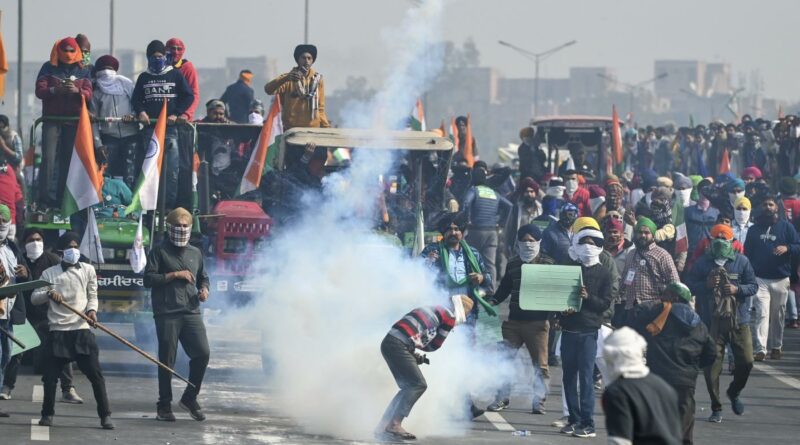 Kothagudem District, March 26, 2021: The Politburo of the CPI (Maoist) has called upon the farming community in the country to continue their agitations as long as the newly passed farm laws were withdrawn by the Central government. Stating that the problems faced by the farmers would not be resolved by repealing the farm laws, the party suggested militant movement by farmers, women, minorities, students, journalists and intellectuals to fight against fascist rule of the Modi government.

In a statement released to the media on Friday, the party wanted continuous fight against the neo-colonial capitalist exploitation and authoritarian Modi government, which the Maoist party said was pledging the nation to the imperialist forces. The party accused Prime Minister Narendra Modi of betraying the public in the country with demonetization, GST, the Citizenship (Amendment) Act, amendments in Unlawful Activities (Prevention) Act, curbing freedom of the press and other anti-people acts.

“The Modi government which was intending to privatize the public sector entities has plotted to bring the farming community in the country under the control of private corporate forces with the farm laws. Tracing out the course of the farmers’ agitations, the Maoist party said the Modi government unleashed suppression against the farmers and spun a narrative demonizing farmers, even as the majority in the country extended solidarity to the farmers,” the party said in the statement.

The party said the farm laws would also affect the dairy farming. Around 60 per cent of the population in the country depends on agriculture. As per a survey their average monthly income was just Rs 6,400 and 53 per cent farmers’ families were in debts.

As per Oxfam’s report, assets of billionaires like Mukesh Ambani, Adani and others increased by 35 per cent in recent times while 84 percent of families lost their source of income because of the misdeeds of the Modi regime. Last April about 1.70 lakh people lost their jobs. The farmers were struggling to protect India’s agriculture communities as they have grasped the dangers if international billionaires and capitalists like Ambani and Adani entered into the farming sector, the party said.