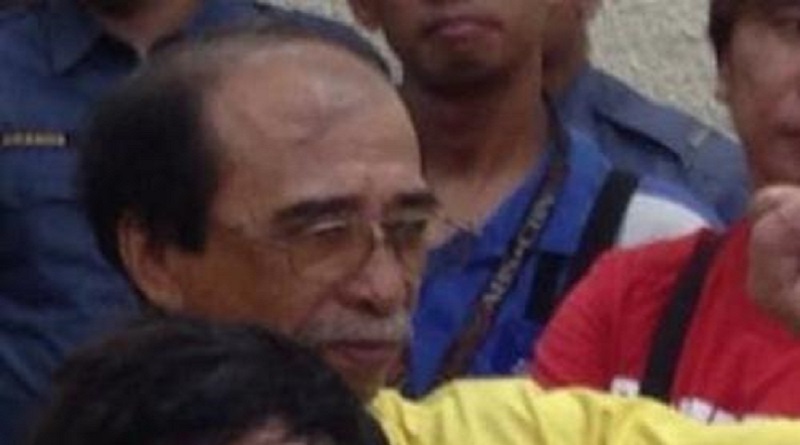 At 5:30 yesterday afternoon, political prisoner Bernabe Ocasla became the thirteenth political prisoner to die in detention in five years. Ocasla died in hospital after suffering a massive stroke four days ago that left him in a coma; he never regained consciousness. Detention under inhuman conditions for almost a decade took its toll on the 66-year old farmer who had long been suffering from severe hypertension.

Ocasla was on a list of more than a hundred sick and elderly political detainees whose urgent release on humanitarian grounds has been a longstanding issue raised by the National Democratic Front of the Philippines (NDFP) before the Duterte government. The Duterte peace panel has whittled down the list of detainees for humanitarian release to a mere 70, without at all explaining how it arrived at this number, and without any assurance that the most seriously ailing among them, like Ocasla, would be part of the “lucky few.”

As early as last May, then president-elect Rodrigo Duterte offered to release the country’s more than 400 political prisoners through general amnesty–one of many promises that have since fallen through the cracks. Twenty-one NDFP consultants and staff were set free in August, but only through conditional bail. Aside from them, the only other “releases” have come from the prolific Malacañang presses.

Enough is enough. Ocasla and the more than 400 other remaining political prisoners have been slapped with trumped-up, criminal charges based on false testimonies and planted evidence. Their continued detention is a travesty of justice and a patent violation of the Comprehensive Agreement on Respect for Human Rights and International Humanitarian Law (CARHRIHL) that the NDFP and the Government of the Republic of the Philippines had formally signed in 1998. To release the political prisoners is to rectify both the injustice that has been done to them and the serious breach of the CARHRIHL.

Allowing them to continue suffering–and to die–while unjustly detained is an abomination which the NDFP cannot tolerate.

The NDFP strongly reiterates its call for the release of all the political prisoners NOW.