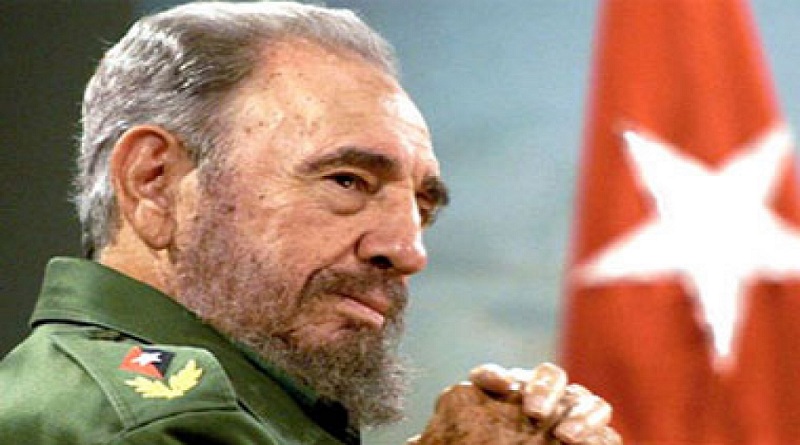 The National Democratic Front of the Philippines (NDFP) extends its deepest condolences to the people and government of Cuba on the passing of its great revolutionary leader, Comrade Fidel Castro.

We accord him the highest revolutionary salute for ably and fearlessly leading the Cuban revolutionary struggle to overthrow the reactionary Batista regime in 1959 and establish the first government in the Western hemisphere to successfully defy US imperialism and advance the cause of national sovereignty and people’s socio-economic, political and cultural interests and development. We hail him as well for serving as inspiration and providing material and political support to other oppressed peoples of the world in their respective struggles for national freedom, democracy and socialism.

Cuba under Comrade Fidel’s leadership would go on to build a society centered on raising the dignity of the Cuban people and celebrating their spirit. From being one of the most impoverished, oppressed and corruption-ridden societies under the Batista dictatorship, revolutionary Cuba eliminated child malnutrition, achieved the lowest child death rate in the Americas, eliminated homelessness, built the best educational system in Latin America (achieving a literacy rate of more than 99%) and became the first country to eliminate mother-to-child transmission of HIV. Its health care system, tightly integrated with the communities, is now one of the best in the world. It has among the highest doctor to population ratios and the lowest student to teacher ratios. Its disaster preparedness system is superior to that of the US. It spends as much as 54% of its national budget for social services, promoting culture, science and education as the core of Cuban revolutionary society.

This, it was able to accomplish by harnessing resources hitherto siphoned by imperialist and comprador interests and wasted through profligate living by the local Cuban ruling classes, and rechanneling them to productive use. Revolutionary Cuba carried out massive land reform, established state and collective farms and built a self-reliant economy despite being under constant threat of invasion and subversion, despite five decades of military blockade, and economic, trade and financial embargo imposed by the US, and in spite of the drastic adjustments that had to be made with respect to developing industrial and agricultural technology with the loss of support from revisionist countries since the 1980s.

Emerging from the clutches of a US-backed dictatorship with ties to American gangsters, Comrade Fidel led the Cuban people in establishing a vibrant democracy where mass organizations participate in making important decisions through elected assemblies at all levels.

This would prove to be Comrade Fidel’s enduring legacy–that through sheer revolutionary will and a burning love for the Cuban people, he led a small country located right in the backyard of the US imperialist ogre in asserting and advancing its hard-won independence, democracy and socialist gains.

He led efforts to build anti-imperialist unity not only among Cuba’s Latin American neighbors but in other spheres. He inspired the same revolutionary ardor and determination among other nations and peoples advancing their own struggles and shared with them the services enjoyed by the Cuban people by sending abroad volunteer doctors, scientists, technicians and teachers on humanitarian missions.

As Comrade Fidel had been passing on the torch of leadership as his health became increasingly frail, he continued to advise, inspire and make his mark on Cuban and world politics. The Cuban people and all the struggling peoples of the world are saddened by his passing, but enriched and inspired by his example, for he and the Cuban people have demonstrated in the concrete that even in the most hostile of environments created by the enemy, US imperialism can be defied and defeated, and an equitable, progressive and democratic society built.