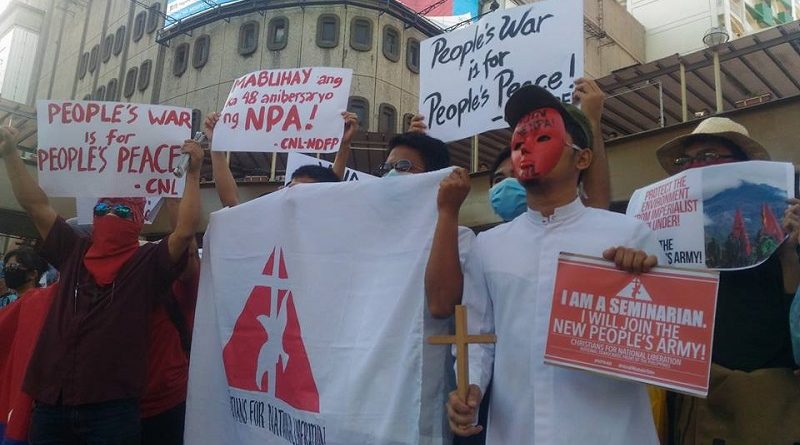 The Christians for National Liberation (CNL) extends its solidarity to all our comrades in the Bagong Hukbong Bayan as we also pay our utmost respect to the revolutionary army of the people on the occasion of its 48th founding anniversary on March 29.

BHB celebrates its 48th founding anniversary amidst an atmosphere of qualms given the realities of continuing poverty and socio-political confusions. The declaration of an ALL–OUTWAR by the Duterte regime unmasked and exposed the real face of Duterte. It makes known his fascist aspect. Even so, the revolutionary armed movement was never moved but remains steadfast and unfaltering in its revolutionary tasks.

Thus, we salute the entire BHB for its unswerving commitment and supreme heroism to bring the revolution to victory, to bring all the tyrants down and to rid the whole country of the last vestiges of monopoly-capitalist.

The CNL commits to support the BHB and the revolution in the best way that we can. We commit to contribute to the ranks of the revolutionary army from the progressive Christian sector which we’ve been doing over the past several years.