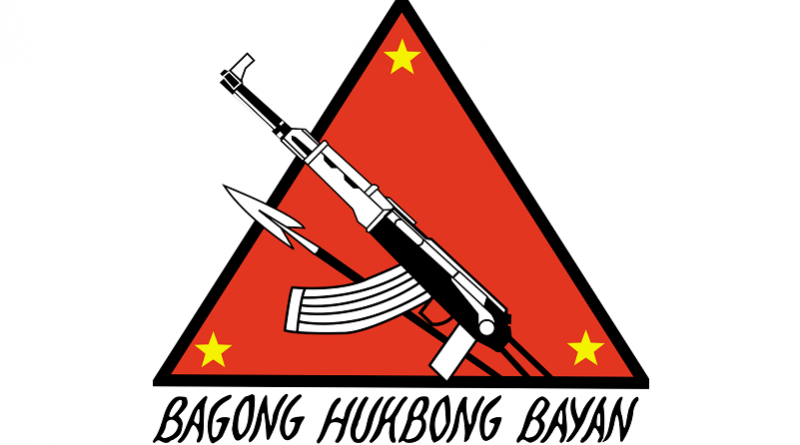 (This is an extract from the longer statement to be released by the Central Committee. The complete statement will be published in the next few days.)

The newly-elected Central Committee of the Communist Party of the Philippines (CPP) extends its warm revolutionary greetings to all commands and units of the New People’s Army (NPA) on the occasion of its 48th founding anniversary. In behalf of the Filipino people and all revolutionary forces, the Party salutes every Red commander and Red fighter of the NPA as models of selfless sacrifice and complete dedication to serving the oppressed and exploited people.

Let us pay tribute to all the NPA heroes and martyrs as well as other revolutionary people who have given their lives in support of the NPA and the armed revolution. Let us also give recognition to all NPA veterans as well as Red fighters who have been wounded or injured in battle who continue to carry out tasks in the people’s army or other fields of revolutionary work.

Let us celebrate the successful convening of the Second Congress of the Party historically held on October 24 to November 7, 2016 inside a guerrilla base area. Through the Second Congress, the Party has achieved greater unity and is ever determined to advance the national democratic revolution to greater heights.

The Second Congress was able to assemble the Party’s leading cadres from the central leadership to the regional and provincial committees. It was able to do so on the basis of the strength and capacity of the New People’s Army. The Second Congress amended the Party constitution and program with the aim of further illuminating the path for advancing the Philippine revolution. It has elected a new set of leaders comprising the Central Committee.

The Party calls on the NPA to advance on the road of protracted people’s war. The international and domestic conditions are ever favorable for waging revolutionary armed resistance and carrying out democratic mass struggles.

Let us build on the accumulated victories and lessons drawn in the course of waging armed revolution. Guided by Marxism-Leninism-Maoism, the Party is confident that it can lead the NPA to wage extensive and intensive guerrilla warfare and advance the people’s war to ever greater heights in the coming years.

The global capitalist depression has persisted for close to a decade now. The current depression is now more extensive and deep-going than the Great Depression of the 1930s. The destruction of productive forces is far worse and more intense and is rocking the entire capitalist system.

The capitalist contradiction between social production and private accumulation of profit continue to intensify. A mere one percent of the world’s population controls $110 trillion or half of global wealth. It is estimated that the wealth amassed by the eight biggest monopoly capitalists is as much as that owned by the bottom half of the world’s population. Since 2009, 95% of economic growth in the US was captured by the top one percent, as 90% of Americans became poorer.

The social and economic conditions of workers and people in capitalist countries continue to deteriorate. The worsening social conditions of the productive class forces have caused their inability to absorb the products of their labor leading to depressed markets.

The global capitalist crisis persists because of the unresolved problem of overproduction under capitalism. There is overall slowdown in capitalist production.
The US and European economies continue to muddle through successive years of slow growth, even as China is rocked by one financial tremor after another. Global GDP growth for 2016 was 2.3%, the slowest since 2008. The global capitalist system has largely failed to stimulate productive growth since 2008 and is more and more being financialized.

THE CONDITIONS UNDER the Philippines’ semicolonial and semifeudal system continue to deteriorate under the weight of the global capitalist crisis. The Philippines remains in a state of chronic crisis. It is generating antagonistic class contradictions between the exploiting and exploited classes, as well as intense factional rivalries within the ruling classes.

The deepening crisis of the semicolonial and semifeudal ruling system and the worsening contradictions arising from it has given rise to the Duterte regime, which in many respects was set to be unlike its predecessors.

He prevailed in the 2016 elections riding on the people’s widespread dissatisfaction over the ruling system and aspiration for decisive change. Upon winning the presidency, Duterte offered cabinet positions to the Left and appointed two from an NDFP list of recommendees from the ranks of progressive and patriotic mass leaders. By and large, however, Duterte’s cabinet is dominated by advocates of neoliberal policies of past regimes as well as pro-US militarists.

After almost eight months in power, Duterte’s promises of change have yet to be translated into firm policy, much less actual change and momentum. He has yet to prove himself different from his predecessors.

The Filipino people are becoming increasingly restive over the unfulfilled promises of Duterte. They demand national sovereignty, national industrialization, genuine land reform, an end to bureaucratic corruption and widespread poverty and oppression.

The Duterte government and the NDFP currently have the historic opportunity of forging substantive agreements on socio-economic and political and constitutional reforms.

While willing to engage the Duterte regime in peace negotiations and forge agreements to serve the interests of the Filipino people, the revolutionary forces are also keenly aware of the dangers of pacification especially as a result of a prolonged ceasefire without substantial gains for the Filipino people.

Aware of the prevailing contradictions arising from the multipolar world and parallel schisms within the ruling classes and ruling clique, the revolutionary forces are willing to let the Duterte regime unfold and bare itself through peace negotiations whether it is a stark running dog of the US imperialists or not.

Strengthen the NPA and advance the people’s war

Inspired by the Party’s Second Congress, all revolutionary forces are prepared to carry forward the people’s democratic revolution and bring the people’s war to a new and higher stage. At the same time, they are prepared for the possibility of significant progress in the forging of agreements on social, economic and political and constitutional reforms in the course of the peace negotiations as well as for the adverse reaction of the US imperialists and the local reactionaries to such reforms.

However, as long as the status quo persists, the Party must persevere along the general line of people’s democratic revolution thru protracted people’s war by waging revolutionary armed struggle, building the revolutionary mass organizations and the organs of political power, strengthening and expanding the Party and leading the people in waging militant mass struggles.

The current situation of the NPA was reported and evaluated by the first plenum of the Central Committee under the Second Congress. The CC took note of the substantial uptick in the number of Red fighters since mid-2016.

The NPA has since carried out the necessary reorganization and training of officers and fighters. It has opened new guerrilla fronts and has formed new platoons and companies. It has strengthened its various levels of commands.

The First Plenum of the Central Committee established its Military Commission and formed and convened the National Operations Command (NOC) of the NPA. The NOC shall serve as the national center of gravity of the NPA and shall direct the people’s army in waging and advancing the people’s war across the entire country.
The First Plenum has set forth the tasks for accelerating the fulfillment of the tasks to advance from the middle phase to the advanced phase of the strategic defensive in order to move closer to the threshold of the strategic stalemate.

The Central Committee commands the NPA to fulfill the following tasks:

2. Accelerate the recruitment of armed personnel in all regions across the entire archipelago. Recruit large numbers from the educated youth and working class to become cadres and political officers in the New People’s Army.

3. Resolve the gross imbalance in growth and strength of NPA forces by carrying out a campaign to rectify errors to spur a dramatic increase in the NPA strength in Luzon and Visayas. Combat military conservatism, militia-ism and civilianization in the people’s army.

5. Expand and consolidate existing guerrilla fronts and build new ones. Develop guerrilla war theaters by raising the capacity of contiguous NPA guerrilla fronts to coordinate and utilize the interplay of its forces.

6. Carry out the revolutionary land reform program more intensively and on an ever widening scale. Undertake antifeudal campaigns at inter-barrio or higher levels.

7. Help build the Party within the people’s army and among the masses. Carry out intensive political education among the Red commanders and fighters to raise their revolutionary consciousness, steel their will to fight and strengthen their absolute devotion to serve the people and the revolutionary cause.

8. Persevere in carrying out the policies of the people’s democratic government. Enforce policies with regard the protection of the environment, as well as those covering the operations of business and economic ventures to ensure the well-being of the people.

10. Support the GRP–NDFP peace negotiations. Rouse the people to push for accelerated peace talks and for the forging of the CASER and CAPCR. While a unilateral or bilateral ceasefire is in effect, the NPA must continue to carry out its duties as defined by the people’s democratic government to defend the peace and protect the people. Prepare for the possibility of GRP–NDFP peace negotiations leading to agreements on substantive social, economic and political reforms and possible alliance or the opposite. Whatever the outcome, NPA Red fighters must never lose their grip on their weapons.