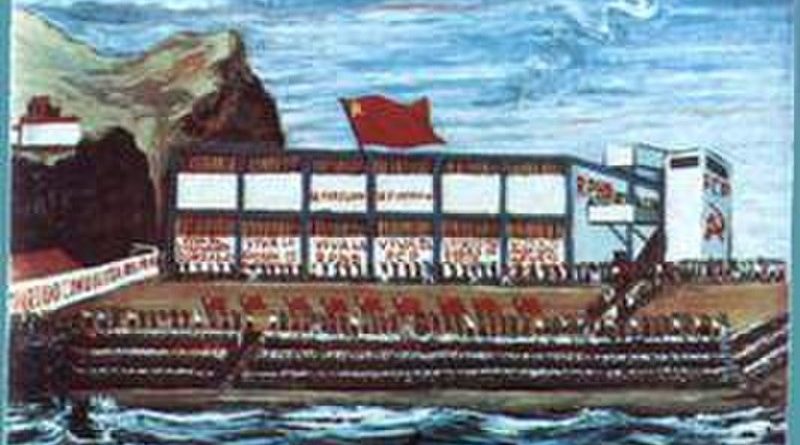 The trial of 35 former marines opened Friday over accusations the troops murdered more than 100 prisoners in putting down a prison mutiny more than three decades ago.

The soldiers are accused of killing 133 prisoners after they were called in to quell unrest by Shining Path rebel inmates at the former El Fronton prison located off the coast of Lima.

Prosecutors urged the National Criminal Court to impose sentences ranging from 25 to 35 years in prison, and are seeking $1.6 million in reparations payments to the victims’ families.

The events took place on June 18-19, 1986, during the first government of ex-president Alan Garcia, who along with several of his ministers, is due to be called as a witness.

As far back as 2000, the Inter-American Court of Human Rights ordered that those responsible for alleged crimes against humanity in the case be prosecuted and punished.

“Today, 31 years after the events, the National Criminal Court has opened a trial for the massacre in El Fronton,” tweeted Carlos Rivera, a lawyer for the victims’ families.

The military was called in when incarcerated members of the Shining Path rebel movement staged coordinated uprisings in El Fronton and two other prisons in Lima.

According to a Peruvian Truth Commission report, the marines proceeded to arbitrarily execute an undetermined number of inmates who had surrendered.

One of the key accused is Hector Lazo Galliani, who in 1986 was the navy captain in charge of El Fronton.

The prosecution requested that at least 80 witnesses who participated in the mutiny be called to testify to the brutality of the military.

A parliamentary commission that investigated events at Lima’s Lurigancho prison the same night found that scores had been summarily executed after the military had moved in to quell the rioting there.

The riots occurred while Garcia was hosting a world conference of the Socialist International in Lima.