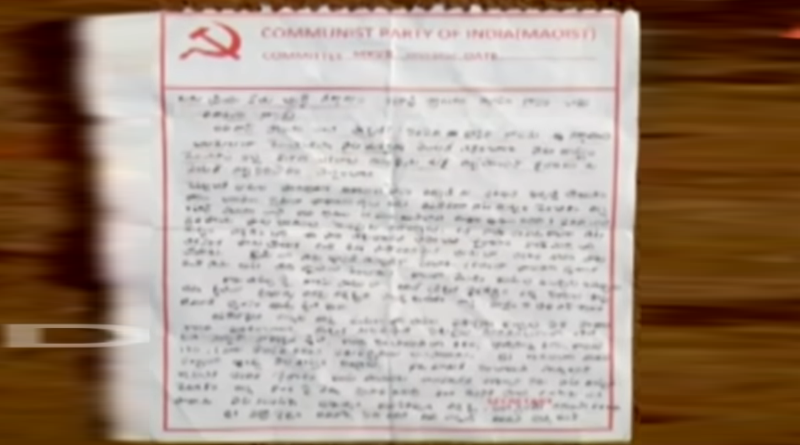 Malkangiri: The CPI (Maoist)’s Malkangiri-Koraput-Visakhapatnam Border division today issued a letter to media opposing the newly-inaugurated Gurupriya bridge in Chitrakonda in the district and termed it as ‘anti-development’.

The red rebels through the letter stated that the bridge is not meant for development, rather it is a project that will bring destruction for tribals in the area.

The State government has constructed the bridge to loot the natural resources like bauxite from the area, the letter read.

Maoists also alleged, to generate surplus electricity from the Balimela reservoir, the concerned authorities have decided to store more than the required quantity of water in the dam. As a result, acres of land of seven pachayats in the area have been inundated and thousands of farmers have suffered crop loss.

In the letter, the red rebels demanded adequate compensation for those farmers whose crops have been damaged following the rise in the water level.