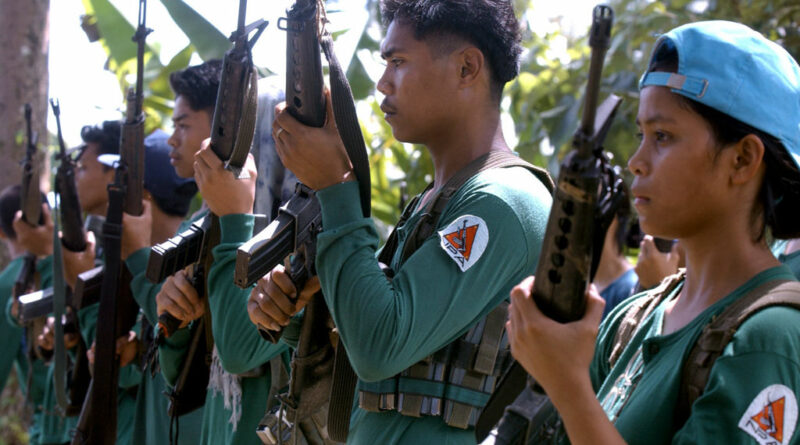 On September 22, a 62nd IB soldier was killed when a unit of the LPC-NPA launched a sniping operation against an Army detachment at Barangay Budlasan, Canlaon City, Negros Oriental province.

According to Ka JB Regalado, LPC-NPA spokesperson, “the people of the aforementioned barrio cannot erase from their minds and hearts the simultaneous killings of innocent farmers and civilians in Canlaon City last March 30, 2019 by military troops and police during its Oplan Sauron 2.”

Throughout the 2nd wave of the government’s Synchronized Enhanced Managing of Police Operations (SEMPO 2), eight individuals were mercilessly killed and many others were victims of illegal arrests based on trumped-up charges in Canlaon City and the towns of Manjuyod and Sta. Catalina all of Negros Oriental province.

Meanwhile, a unit of the MCC-NPA attacked an isolated column of the 94th IB conducting combat operations at Sitio Kubay-Anahaw, Barangay Carabalan, Himamaylan City, Negros Occidental province on October 1 around 9 o’clock in the morning.

Four soldiers were wounded in the 10-minute firefight whereas the NPA unit maneuvered to favorable terrain unharmed.

“94th IB soldiers have been sweeping the mountainous areas of Himamaylan for almost three weeks and it is protecting and securing the road project connected to the planned harmful mining operation at the boundary of Himamaylan City, Negros Occidental and Tayasan, Negros Oriental that is vehemently opposed by residents especially the Maghat-Bukidnon tribe,” he said.

In its statement, the MCC-NPA also condemned the military for beating farmer Pedro Montecino and his son, Christopher, of Sitio Kubay-Anahaw, Barangay Carabalan, Himamaylan City.

Up to now, the two are still in the hands of the 94th IB and are forced to guide combat operations exploring the forests within the said barrio, it stated.

Two fire arms were confiscated from Ejida along with magazines and ammunition.

As specified in its statement, Ejida was a notorious criminal with cases of rape, robbery, and land grabbing among others, and his most recent victims, just last month, were Rolan Fabellaran, Rolan Paculanang and Mansio Cañete whom he shot.

A hardened member of bandit group Salbatore that later on became a counterrevolutionary fanatic group, Ejida was an asset of the Armed Forces of the Philippines and a thug of Congresswoman Jossy Limkaichong of the 1st District of Negros Oriental, it added.