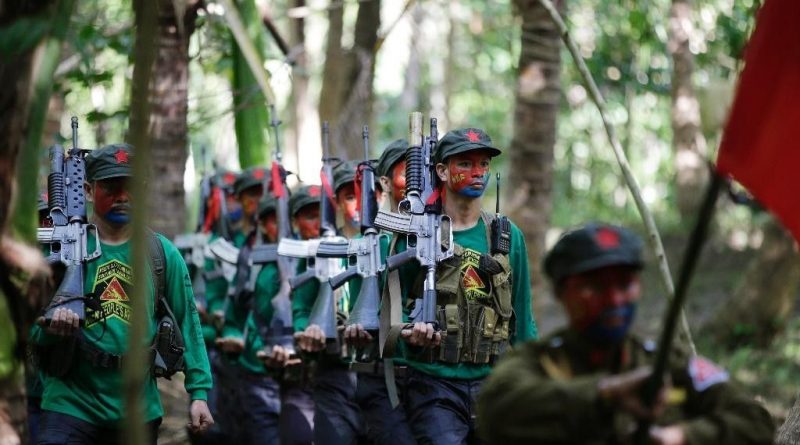 1. The nationwide ceasefire of the New People’s Army (NPA) expires midnight tonight, after being in effect for 36 days. All units of the NPA must immediately transition from an active defense posture to an offensive posture.

The refusal of the Duterte regime to relent in its attacks against the NPA, despite calls for a “global ceasefire” has made the further extension of the NPA ceasefire impossible. Since Duterte called for a ceasefire on March 16, AFP counterinsurgency operations remain unabated, deploying its units in at least 396 villages in 148 towns, ceaselessly conducting combat operations, aerial bombardments and artillery shelling, aerial surveillance and ground intelligence operations, arresting civilians, and violating people’s rights with impunity.

During their raids and armed encounters with the NPA during the past 36 days under Covid-19 crisis, the AFP suffered at least 56 casualties, 31 of whom were killed in action. On the part of the NPA, 18 Red fighters were killed while 8 were wounded.

2. The Party commends the NPA for strict compliance with the Central Committee’s unilateral ceasefire declaration. All units of the NPA have observed the ceasefire and desisted from mounting any tactical offensives. The Party also commends NPA units for successfully defending themselves and the masses and thwarting the raids and treacherous attacks mounted by the AFP in their relentless counterinsurgency operations.

Over the past month, NPA units gave priority to conducting a public health campaign to raise the people’s awareness of the Covid-19 pandemic and mobilize them to prevent the spread of the virus, protect the elderly, pregnant women and the infirm, promote personal hygiene, physical distancing, good health and sanitation. Some NPA units in guerrilla zones not under the AFP’s focused operations were able to conduct mass clinics to check up on the state of health of village residents and provide treatment and medication.

The NPA was also tasked by the Party to promote an economic campaign to raise food production and advance their campaigns to lower land rent, raise wages for farm workers, lower interest rates, and other agrarian reforms. This is a continuing campaign which must be carried out across the country as the Philippine economy is set to further slide into crisis as a result of Duterte’s lockdown and continuing neoliberal policies.

The NPA’s public health and mass campaigns are being well received by the people. Because of the NPA’s information drive, the people are able to purposely carry out health policies and consciously plan out their course of action in response to the pandemic. The peasant masses welcome especially the food production and agrarian reforms campaign as these address their urgent social and economic problems.

3. Taking the offensive posture, the NPA must always be ready to seize every opportunity to strike at the fascist troops of the AFP, PNP, the CAFGU and all armed groups attached to the reactionary state. The NPA must mount tactical offensives especially against the most notorious human rights violators and those who have subjected people to abuse. The NPA must target the isolated and weak units and detachments of the AFP and its armed auxiliaries.

Units of the NPA must receive reports of fascist abuses perpetrated under Duterte’s lockdown and exert efforts to take action to punish the abusive officers and troops of the AFP and PNP.

The Party reminds all NPA units to maintain secrecy at all times and in all their guerrilla maneuvers and conduct of mass work. The NPA must keep the AFP blind and deaf and deny them the opportunity to mount offensives. The NPA must continue to raise their capability in dispersal, shifting and concentration.

Although the ceasefire has ended, NPA units must continue to exert effort to facilitate the distribution of relief aid for the masses who are suffering gravely from the Duterte regime’s military lockdown. The NPA and all revolutionary forces must continue to cooperate and work with all concerned agencies, personalities, business enterprises and other entities to extend assistance to the people who are urgently in need of economic relief.

Agencies of the reactionary government are welcome to assist the masses in the revolutionary areas. The NPA assures your safety. We urge you to refuse AFP escorts as their presence only raises the danger of armed encounters.

The NPA must continue to conduct public health work, extend medical services and help the masses wage agrarian reform campaigns, assist in raising production and continue, help build and consolidate the people’s organizations and their determination to wage revolutionary struggles, and expand and strengthen the New People’s Army.