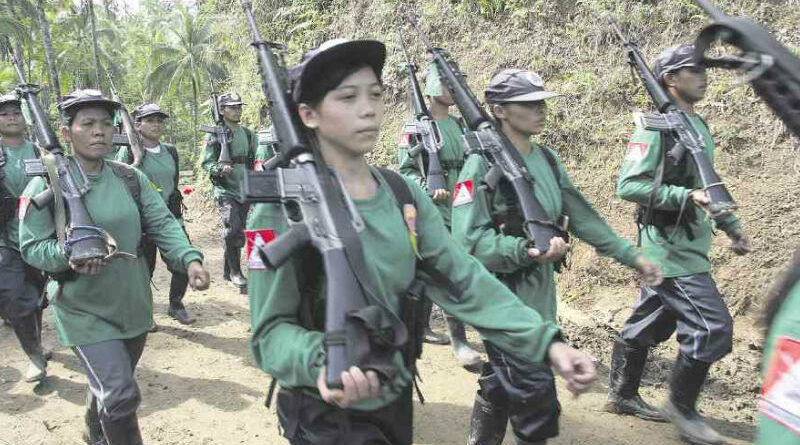 The 94th IB along with the battalions under the 3rd ID has continued to terrorize the mountainous barangays in Central Negros, especially in Binalbagan, Isabela, Moises Padilla, Guihulngan and Vallehermoso. Recently in Sitio Parkingan, Barangay Trinidad, Guihulngan City, at least a hundred troops of combined forces of the 62nd IB and PNP have hamletted the barangay proper and have imposed strict rules that limit the movement in the locality, even that of barangay officials and tanods. The AFP-PNP are afraid of being attacked again by the NPA, reminiscent of the recent ambush that costed them at least 9 troops and 2 R4 rifles in Quintin Remo, Moises Padilla last November 3.

With their despair to cling to the impossibility to end the armed revolution by 2022, the AFP-PNP resort to threats, red-tagging, harassments, illegal arrests, indiscriminate firing and murder, that target defenseless and unarmed civilians that they then use as cash cows for fake surrenders and encounters.

The LPC-NPA will continue to staunchly defend the well-being of the masses. Their demand for justice from the crimes perpetrated and crisis worsened by the US-Duterte regime cannot be solved by a mere change of an imperialist puppet in Malacanang through reactionary elections. The CPP-NPA and the revolution cannot be defeated while the objective conditions remain exploitative to the majority of the people; it can only grow and flourish instead. Only through the waging of a protracted people’s war through extensive and intensive guerrilla warfare based on an ever-widening and ever-deepening mass base can the Negrosanons and the entire Filipino people be truly liberated and a just and lasting peace be attained.