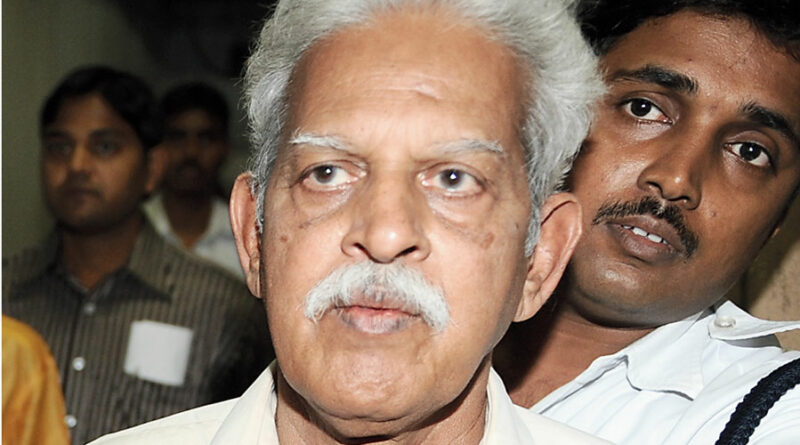 Mumbai, September 23, 2022: A special National Investigation Agency (NIA) court in Mumbai on Friday rejected the plea of Telugu poet and political prisoner Varavara Rao, an accused in the Elgar Parishad case, seeking permission to travel to Hyderabad for cataract surgery.

The Supreme Court had, in August, granted medical bail to the 82-year old activist, with his bail conditions being set by the special NIA court presiding over the case.

Among the bail conditions laid down for Rao, who was arrested on August 28, 2018 from his Hyderabad residence in the case, was that he would reside within the limits of Greater Mumbai and not leave the city without prior permission of the NIA court.

On Friday, Rao sought permission to travel to Hyderabad for three months for cataract surgery and post surgical care formalities. As per his application, the Telugu poet and political prisoner has cataract in both eyes and the condition requires operation and treatment.

The plea was rejected by Special Judge RN Rokade.

The case relates to alleged inflammatory speeches made at the Elgar Parishad conclave held in Pune on December 31, 2017, which the police claimed triggered violence the next day near the Koregaon Bhima war memorial on the outskirts of the western Maharashtra city.

Pune police had claimed the conclave was organized by people with links to the CPI (Maoist), and had lodged a case on January 8, 2018 under various sections of Indian Penal Code and the Unlawful Activities (Prevention) Act.

The National Investigation Agency (NIA) later took over the probe in the matter.