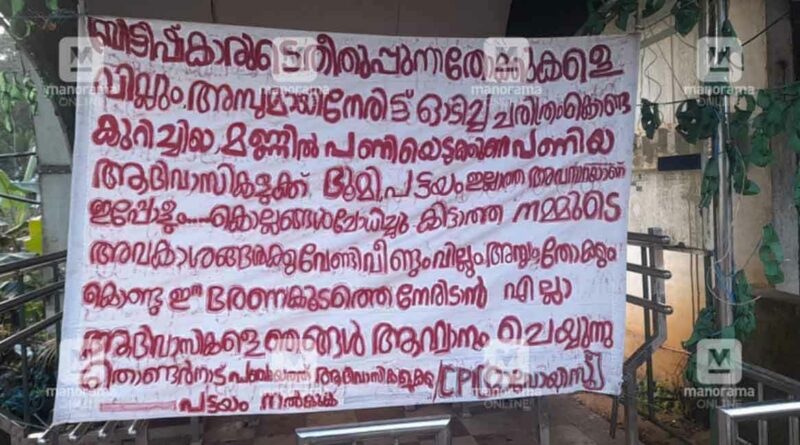 The banners, calling on the Paniya tribe to take up arms against the government, were found on the wall of the Thondernad panchayat bus stop and several shops in the vicinity.

“Despite a history of fighting the fire-breathing guns of the British with bow and arrows, members of the Paniya tribe still lack land in their name. Long years of pleading with the government have yielded little result. We urge the tribals to take bow and arrows as well as guns to challenge the government,” the banners read.

The banners also exhort the CPM government not to delay disbursing compensation for the victims of monsoon calamities.

The police have begun a probe into the incident. This is the second time this year that Maoist posters have been discovered in the northern districts of Kerala state.

In it, the Maoists labelled the project as “anti-people” and expressed their solidarity with the section of the masses who are opposing it.

The Maoists have also equated the policies of the CPM government to that of the Narendra Modi-led government at the Centre.