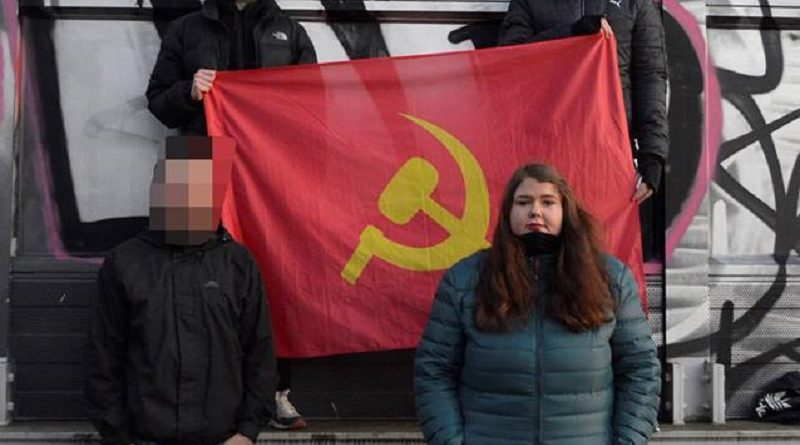 Much has happened in the last six years of my political life. This last year especially has brought me to a point where I’ve had to fundamentally rethink my political stance. I hereby announce my resignation from the “Die Linke” party. In the following statement, I would like to explain how I’ve come to this decision and what I believe now:

At the end of 2012, I joined Die Linke (Left Party) with enthusiasm and drive. I wanted to get “out of the left scene” and be “purely in the proletariat”. I had no desire to be “left scene” anymore. Their debates and discourses are miles away from the reality of the working people, and their discussion are only amongst themselves. I wanted to go where the working people are, to the masses, to the regular, little people. I hoped to find in the Die Linke grassroot people with whom I was aligned politically. So I joined and started working in the Die Linke.

I have to say that from the very beginning, like many who work in this party, I had a truly revolutionary outlook. I never had the illusion of being able to make a change in the direction of socialism on a parliamentary and legal basis. That may sound naive to many, but for me Die Linke was a tool for the revolution. It was a place where I thought I could find the proletariat, an organization in which the people could come together and network, a platform for organizing and a stage from which to talk to them. I thought I only needed to use this platform. 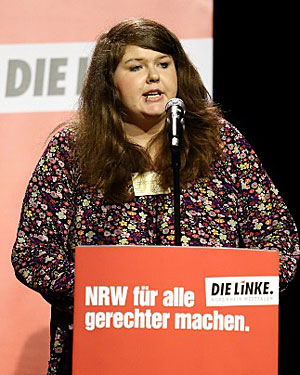 I saw my job as politicizing the masses on the left and thus to move toward spontaneous action at the right moment. The revolution, or what I understood it to be, was something very spontaneous for me – an uprising and revolt of the masses in the social-democratic parties and organizations like Die Linke.

Before I joined the party, I had a very diffuse understanding of Marxism and revolution. In the party I came into contact with set pieces of Marxist theory for the first time. This had a two-fold character, as did so much of my party work: on the one hand, it sharpened my consciousness and brought me closer to Marxism, on the other hand, and that was the main part, it reinforced and fueled my illusions in the apparatus.

I met so-called “Marxist-Leninists” who were able to justify their bourgeois politics with proletarian phrases. That made me very sure of myself. And that is also the dangerous thing about so-called “Marxists-Leninists” in Die Linke. I felt understood and my anger, my energy and my zest for action had a home amongst alleged like-minded people.

But even in practice I had the feeling within Die Linke that finally, I was able to do really revolutionary politics. I started with neighborhood work in Langendreer West, a proletarian neighborhood in Bochum. We managed to hold meetings and events relatively quickly, to network with the masses, politicize them, organize rallies and demonstrations, and become a political force in Langendreer West. But while the masses in my neighborhood began to see me as “the politician you can trust” I did many things that were deeply repugnant and that I knew to be false, reactionary and harmful.

An example of this was the candidate interview, which I gave to WDR as the Bundestag candidate for Die Linke. In advance, the party made it clear to me that I should not use any “revolutionary phrases”, because that could trigger a nationwide scandal. They told me I should perform as “professionally” and “politically” as possible. I did that. I talked about a brutalizing society that would be helped by “good police and judicial work,” but “especially social workers.” I knew these phrases were wrong; I knew they were treacherous. I said it anyway. When I left the interview, I realized:

If a “communist” behaves like me and speaks the things I do, and has trust of the masses, that’s not a good thing.

Every lie that they tell, every small and big betrayal, the politicians justify with the word “tactics”.

Tactics means to make the right decision in a concrete situation to realize strategy on a small scale. Tactics is “the art to create power” in something like a long-term plan, a plan that is supposed to result in the proletariat conquering political power with so-called revolutionaries. But all these tactics, which are constantly being talked about, are devoid of any such strategy. Their short-term goals are Facebook likes and reach, attention and awareness. The long-term goal is election victories and – depending on the degree of right opportunism – ministerial posts.

No one could ever credibly explain how all the lies and all the machinations could make real change to struggle for political power.

I knew I had to make some kind of change. When I was dealing with young people in the neighborhood whom had long since lost all confidence in bourgeois democracy, talking and agitating for the election, I realized how contradictory my “tactics” were. The masses of my neighborhood had overtaken me on the left. While I tried to explain the reason for voting for Die Linke, the youth told me that they just wanted to fight, and that they did not care who fucked them up. It was absurd.

In response to these contradictions that arose during the parliament election campaign in Bochum, I began to search for the revolutionary movement. I met Marxists from various organizations and parties, I conducted discussions on the Internet, and I read a lot of Marxist theory and tried to apply it concretely to my situation. The essence that I got from the debates made me think about the positions of my comrades:

Was it really what Lenin called “left radicalism” when communists organized outside Die Linke? Anyway, why did these so-called revolutionaries in Die Linke have this panic and fear of the specter of “left-wing radicalism”? It’s a bit absurd: Is the biggest obstacle to the success of the revolution in Germany the individual terrorist approach of isolated associations? Is the problem of our time that there are too many headless adventurists amateurishly attacking the State in their blind hatred? No.

The problem is much more that there are no fights – that these people always praise a warning strike with a whistle, while they condemn any form of spontaneous violence. They are afraid of the masses. They are afraid of the revolution and they play a buffer between the State and the people when they condemn any militant action from the people. They are part of the problem and not part of the solution. To get back to my point, the problem of our time is not left radicalism but right opportunism. There is not too much fighting, but not enough. In practice, angry people have been appeased instead of leading them and taking action.

When I was at the LLL demonstration this year, I no longer felt tied to the “tactics” of Die Linke officials of placating the masses and acting like a politician. When I saw how the Kurdish comrades were pulled out of the demonstration and mistreated by the cops, a short time later I posted a post on Facebook expressing my anger and hatred. I knew there would be repercussions from the party bureaucracy, but I did not care.

For me the revolution used to mean a spontaneous uprising of the masses who came to consciousness. I know today that the revolution is the struggle of the proletariat for political power. This fight is conducted militarily and needs appropriate tools. The reformist politicians and their pseudo-revolutionary helpers babble on and on, abusing our yearning and hatred. They talk about revolt at the right time, perhaps in 5,000 years without having a concrete strategy. But protracted people’s war is the only concrete strategy that assumes the task of making the revolution and does not push it away. None of the so-called “Communists” in Die Linke is preparing for or working towards it.

The revolution is not a vague idea off in the distance, which social democratic politicians may feel is radical. The revolution is something very tangible and concrete. It presents us with quite real and uncomfortable tasks. The revolution dictates the struggle for political power. Throughout history it has given us proletarian ideology.

To those honest in their hearts, still in Die Linke, afflicted with the same illusions as I had:

Get in touch with the true proletarian revolutionaries and become active in your city. Study proletarian ideology and consider how you can participate in the main task of rebuilding the Communist Party of Germany.

I do not think my exit will bring a wave of mass exits, and I know that my enemies are happy about it. But I also know that the victory of the revolution is a historical fact. I know that the political superiority of my opponents results from being linked to the State. But I give my work in the service of the angry and disillusioned masses of the people. Let’s decide in time, who will win in the end.

For the reconstitution of the KPD!

Down with Die Linke and all illusions