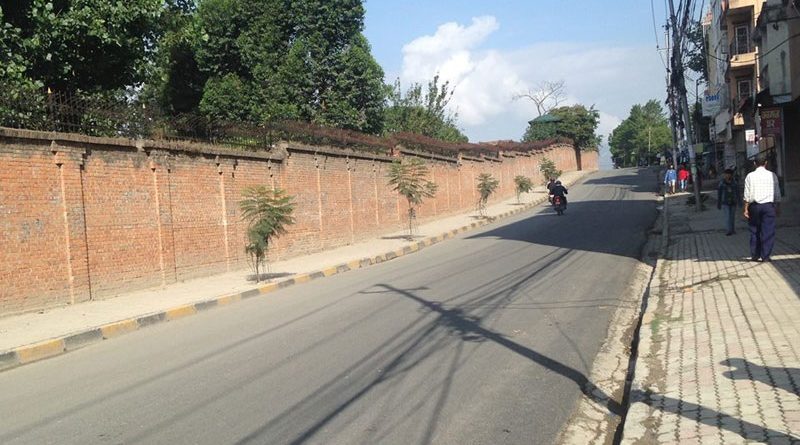 KATHMANDU: Traffic in the Kathmandu Valley has thinned following a bandh called by the Road Expansion Victims Struggle Committee, on Wednesday.

According to an appeal issued by the Committee, the bandh has been called to protest the alleged rampant road widening attempts being made without any due compensation to the affected.

The shutdown has gripped Bhaktapur more as vehicular movements in the district have been halted since the morning.

Kathmandu has also been partially affected by the shutdown. In comparison to normal days, fewer public vehicles were seen on the road.

Meanwhile, most of the schools and colleges have been closed for the day.

Various teams of police have been deployed across the Valley to avoid any mishap.

The Committee has accused the concerned authorities of working against the Supreme Court’s order, making the people homeless.

It has also demanded for the relocation of those affected by the road expansion.

Similarly, the Committee has demanded the government to implement laws ensured by the Constitution and protect the human rights of the indigenous communities and locals assured by various declarations including Universal Declaration of Human Rights (1948).