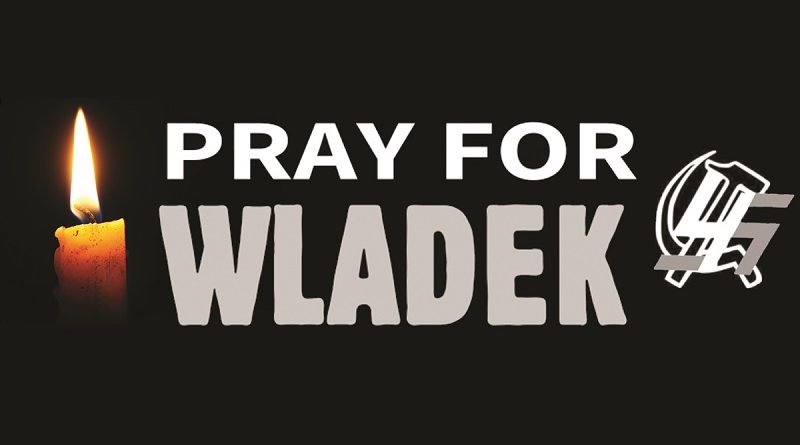 First of all we wish all comrades, sympathizers and friends of Jugendwiderstand a red new year 2017 full of struggle! Our resolution is to work hard to develop the Revolution in our country, and to grow our ranks.

The RIO group published on 1st of January 2017 on its website “KlassegegenKlasse” a slanderous article on our organisation, to which we oppose here our right of reply. It is written that we follow the line in our organization, never to lie to our class. This means for example, if it is not extremly relevant for security reasons that we will never hide our true goals and will always tell what really happened, will always be true to our Ideology and honest about our actions, down to little things as our number of members. You can not say that from ”KlassegegenKlasse”, what however really fits their trotzkyist ideologic tradition. Their article is a open expression of this and next to his denunciatory tabloid press character a conscious misrepresentation of what happened.

It was in fact not an important or planned ‘action’ of our organisation.

The reports we got from our sympathizers, about the incident, who we by the way absolutely trust, draw another picture about the evening than the slanderous article: Short after midnight a few of our sympathizers passed the New Year’s Eve Party on the street from RIO in Berlin-Neukölln, that they also talk about in their arcticle. RIO presents it the following way: ”Some members of ”Jugendwiderstand” passed us and recognized us, calling us ‘trotzkyist bitch’ and other sexist words.

But in fact on the contrary acutally some of the sympathizers of the groups were even greeting one another. It is right that our sympathizers recognized it is the whole RIO-group and also their leader ”Wladek Flakin” (they are- in good old social democratic tradition- open about that fact) a crazy american trotzkyist. This person has been calling attention to himself by distributing anticommunist lies about maoism (which for him represents: support for reactionary military coups, support for the German armed forces, the atomic arming of Germany, Hatred on homosexuals) and also a lot of other bullshit about our organisation, like its assumed members or their class-background or outing of assumed ”cadres”. Wladek Flakin also published an article about the demonstration we made on the 1st of May, making it very clear that they are trying to degrade us. So a few of our sympathizers decided to make a clear announcement to Wladek Flakin about his way he behaves online, nothing unusual for proleatarians. It was not ”ten masked rowdys” against ”a dozen party people”, like the article assumes, but just 8 sympathizers of a revolutionary youth organisation tellling the baiter Wladek Flakin standing in a group of 20 party people: ”Stop talking shit on the internet trotzkyist, it can have real-life consequeces!”’ Not more, not less.

Of course it was it was an offensive situation and our sympathizers were angry and expected that some of the alcoholized ”friends an comrades” (nearly three times more people) of Wladek could become angry too.

We generally make a difference betweeen base and leaderhship, also in trotzkyist organisation we think there are a few true hearted people that subjectively want to fight for the right cause. The announcement was directed at Flakin and it was not the goal of our sympathizers to insult the party people as if they were our main enemies. Which by the way would have looked different.

It is especially pathetic that people who regularly say that we would make women ”invisible”’ by not using the correct gender-terms, actually do exactly that in an agressive way by saying: ” …[we were] attacked by a group of male members of Jugendwiderstand” and ”The whole group of Jugendwiderstand was involved in the attack, they are not more than ten guys” ( extremely stupid facebook-comment from KlassegegenKlasse)- of course knowing that on every action of Jugendwiderstand there were always women equally participating and that it were also some women who made the announcement to Flakin.

Even more pathetic is only the denunciation of assumed members and their class background, while also assulting them of crimes under bourgeois law. It is direct work for the class enemy, but also typical-not only for Trotzkyism itself but also for a group that have no problem with publishing photos of the faces of activists of other organisations, that rightfully have a problem with that.

The article also says it is the same thing when the artificial political person ”Wladek Flakin” gets a clear announcement and when there are fascist attacks in our neighbourhood, when the fascist try to set houses on fire, were people live. We will not respond to that. We actually do our part in organizing resistance against the fascist pigs in Neukölln, even when we see their attacks here in the hood as a represantation of their weakness right now, we are very serious about the terror against the people who live here.

Flakin says: ”Groups, that make politics in times of growing fascist attack s and state repression, were they physically assault other left groups, cant not be called leftist or even communists” , which is nothing but (liberal) bullshit. Firstly there was no ”attack” in this sense, secondly our politics, like everyone who can read, clearly sees on our homepage not consists of that and lastly one should only call members of a real, communist party, that are willing to give their lives, for the revolution, the party, the people and the class a communist, everything else reduces the meaning of the word. We prefer to use ”Revolutionaries” oder ”Anti-Imperalists” or something like that, because ”leftists” is always used in a parlamentary context, which since the analysis of the Communist Party of China about Parlamentarism in the 70s is not relevant anymore for revolutionaries and and communists and nowdays concludes opposing worldviews, were there is no shared basis anymore.

Our relationship to trotzkyism is clear. We do think it is a deeply revisionist, social democratic deviation, which means that every practice they make, will sooner or later take a counter-revoulutionary role, which historically prooved itself a lot of times. We are convinced that one has to fight it ideologically and political ( but not physically right now!) but we definetly do not see it as a priority right now.

Now RIO feels comfortalble in their selfmade role as a victim, that trotzkyists always liked. They are asking for solidarity in the left scene. There is ”solidarisation” with RIO, there will also be some correct people believing their lies, but in the first place they get their ”solidarity”’ from liberals, and anti-germans who usually call RIO super anti-semitic. They are one in their anti-communist delusion. We will change the minds of the correct people believing the lies through our work and all the others truly do not matter and will -like every informer- have to take the conequences someday.