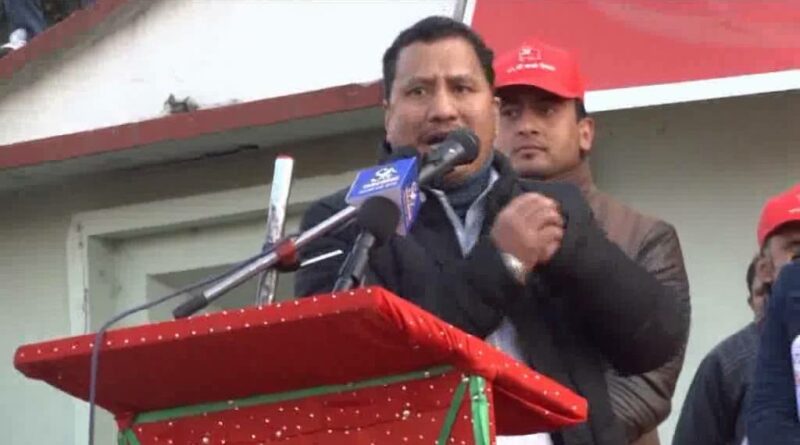 Kathmandu, February 22, 2021: After a statement from the outlawed Communist Party of Nepal general secretary Netra Bikram Chand showing willingness for talks, the government is said to be preparing to make some formal announcements to create an environment for dialogue.

The government is expected to come up with a decision from the next Cabinet meeting, in response to Chand’s readiness for talks.

“The government will first respond to Chand’s statement and then a formal dialogue will begin,” said Mani Thapa, the minister for water supply. “The government is taking steps cautiously to ensure that they do not spoil the environment for dialogue.”

A Home Ministry official confirmed that an announcement is due to be made after the next Cabinet meeting as a positive response to Chand’s Saturday statement. Further process of dialogue will start next. If the talks go positively, jailed leaders and cadres of the outfit will be released gradually, he said.

According to leaders close to the prime minister, the government is preparing to lift the ban on Chand’s party as soon as they receive signal that they are ready to come to the political mainstream.

Earlier, Home Minister Thapa’s security adviser Indrajit Rai had said the talks were affected after they were found to have connections with Pushpa Kamal Dahal and other leaders of his faction.

Hinting at Pushpa Kamal Dahal and Madhav Nepal faction of the Nepal Communist Party, Prime Minister KP Sharma Oli, while addressing the fifth Indradaha Tourism Festival at Dahachowk, said the forces trying to create terror and violence using Chand’s party are shaken after knowing that the group is ready for talks.

Leaders of the Strategic Joint Front of the four parties including Chand’s Communist Party of Nepal said prime minister Oli was in a hurry to bring Chand to mainstream politics.

Oli may be in a hurry to bring Chand to the political mainstream before the Supreme Court issues its verdict, said Rishiram Kattel, chairperson of the Nepal Communist Party. “If the court reinstates the House, Oli will fall and Chand will take to the streets against the government.”

Kattel said Oli does not want to take the blame for imposing a ban on a political party but at the same time he can take the credit of bringing it to the mainstream if elections are to happen.

Some leaders close to Chand’s party said they would raise three issues during talks—Broader Political Evaluation Meeting, joint government, and a referendum on parliamentary system or ‘scientific socialism’.

Earlier, when the rebel Maoists were in talks with the then administration, they had also demanded a Roundtable Conference, Interim Government and Constituent Assembly as a precondition to joining the peace process.

However, the government is not serious about Chand’s demands as in the time of decade-long People’s War because it knows that the party has been weakened by the ban and the leadership just wants safe landing.

“The party was ready for talks because they are weak,” said a minister in the Oli Cabinet. “We know everything about them. We just don’t want to offend them.”

He said the party should clarify their demand for the “joint alternative government”. Chand, according to leaders of the recently announced Strategic Joint Front, is expected to attend the Front’s high-level meeting to be held on February 27-28 in Kathmandu.

Chand’s party had attempted to disturb the 2017 general elections claiming that the parliamentary system won’t give a solution to the existing problems of the Nepali society. Earlier, after splitting from the Unified CPN (Maoist), the Mohan Baidya-led CPN Maoist that included Chand had boycotted the second Constituent Assembly.