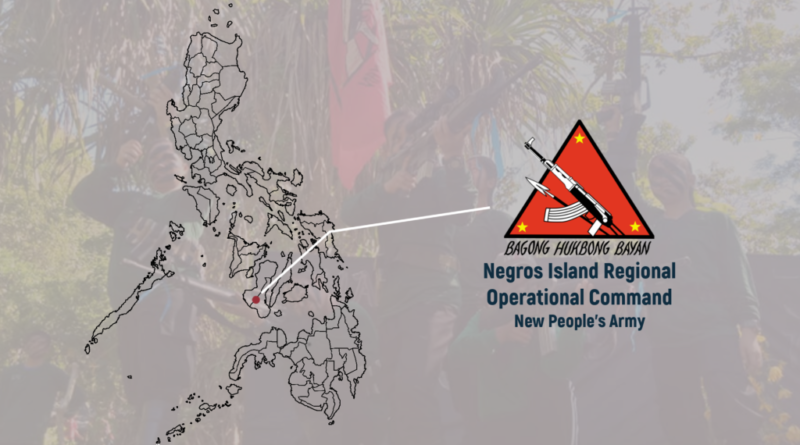 The Duterte regime has already begun implementing the implementation of the Barangay Development Program (BDP) of the National Task Force to End Local Communist Armed Conflict (NTF-ELCAC). The Armed Forces of the Philippines (AFP) is a program with a subtle intent to address the people’s feelings with “development” that will only create more misery and hardship for the people.

NTF-ELCAC is proud to have distributed tag 20 million in 215 Brgy totaling ₱ 4.3 million. This is part of the fraudulent ₱ 16.4 million BDP fund under Duterte’s 2021 budget in the alleged 822 Brgy that the NPA allegedly lacks.

On the island of Negros, the Department of Budget and Management has set aside P520 million for 26 barangays that the NPA allegedly no longer has in which Escalante City is divided into the top 10 towns and cities in the country where there are 14 brgy . included in the BDP.

According to Cenon Pancito, spokesperson for the 3rd Infantry Division, each Barangay will receive ₱ 20 million. This fund is the flagship program of the reactionary government to supposedly end the armed complex.

This program will therefore build infrastructure projects such as “farm-to-market” roads, health centers, schools, irrigation and sanitation, rehabilitation and more. Programs to attract the masses to cover the roots of the chaos that exists in the countryside due to the ongoing crackdown on landowners by the landlords, terrorism and violence spread by Duterte’s AFP / PNP minions against the masses farmers and residents.

The “farm-to-market road” is useless because there is no land for the farmers to produce and there is no product to bring to market and if there is a product, some traders dictate the price of their product. Additional schools and health centers are useless because there are no teachers and doctors.Reforestation is futile because commercial trees will only be planted when the time comes to harvest the same amount of sugarcane where only the capitalist who grows the tree will benefit.

Therefore, this program is very deceptive because it does not address the root and real problem of the farmers of the land. It does not respond to the long-standing demands and cries of the peasants for genuine agrarian reform.

In addition, the only beneficiaries of these projects will be contractors, local bureaucrats and military officials who hand over funds. This is no different from the pork barrel of congressmen being used for their own interests. The BDP is the pork barrel of the military, hiring local officials who support their counter-insurgency program. Like the congressmen project, anomalies and corruption fill this BDP project.

The BDP is a big project of the Duterte regime whose goal is to destroy the revolutionary movement throughout the country. The AFP and NTF-ELCAC want to show that they are concerned about the condition of the people in terms of economic development, education, health and so on. It is also part of psywar tactics to win the people’s sympathy and move away so as not to join or support the ongoing armed struggle of the people.

It is also a way to cover up the Duterte regime’s bloody war with the military executioner against the people. It covers the relentless killing, arrest, intimidation, red-tagging and forced surrender of suspected rebels and supports the revolutionary movement. The BDP is in line with the AFP’s Retooled Community Support Program (RCSP) in which AFP soldiers are assigned to the communities and enforce strict martial law rules on the people.

It is expected that the dirty war waged by the AFP against the people will escalate due to the huge amount of BDP funds. Many Barangay officials will overthrow their power and the fascists will be the most brutal and desperate to invade the Barangays to force the masses not to support or join the revolutionary movement and declare it free from the influence of the NPA.

The BDP’s fraudulent project must be militant and stripped. The corruption of military officials will be fully exposed by local officials and contractors who pocketed millions of pesos in this project. It does not address the real problem of the people especially the farmers who need land for their livelihood which is the source of their long-suffering poverty.

Duterte’s tyrannical regime has no plans to solve the economic crisis especially as we are facing a dangerous pandemic. The BDP’s anomalous and corrupt program does not address the people’s call for genuine land reform and national industrialization which is the key to the economic development of the people.

It is only reasonable and gives more reason to continue the armed struggle of the people and to oust the tyrannical regime from power. With the leadership and support of the Communist Party of the Philippines (CPP), our militants will fight the BDP’s fraudulent program and push for an armed revolution, raising the bar of civil war to victory.