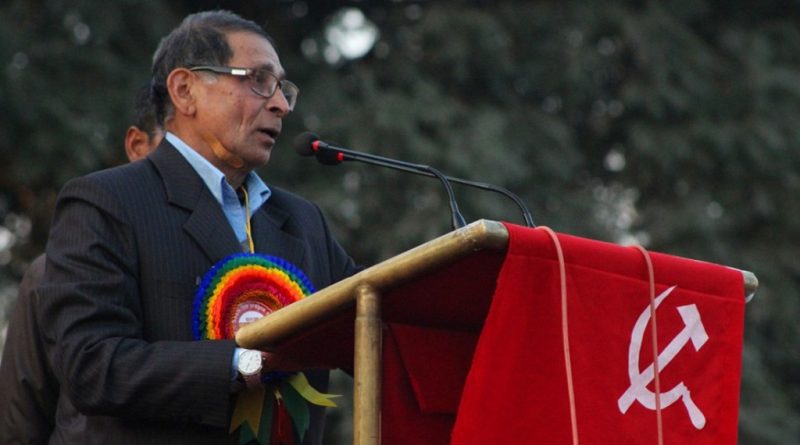 KATHMANDU, Nov 7: CPN (Revolutionary Maoist) chair Mohan Baidya has insisted on the need of a new revolution under the leadership of working class people, stating that such revolution is possible as well.

Issuing a press statement on the occasion of the centenary of the 1917 October Revolution today, leader Baidya has urged labors to seriously move on towards the path for a new revolution for their rights.

Today or November 7 marks the day when the 1917 October Revolution took place in Russia on the 25th October (7 November as per the changed calendar) under the leadership of Vladimir Lenin and resulted in the creation of socialism.

“Principles of the October Revolution are ever relevant and universal as stated by Karl Marx in the Paris Commune and the principles of such revolutions will be practiced frequently until the liberation of the world working class and oppressed community,” Baidya said in the statement.

“Current defeat of the Communism is temporary and brief and the imperialism is getting trapped,” he claimed in the statement.